Oh, pretty pretty Prague. All of the ramblings I heard about it being one of Europe’s most beautiful cities were absolutely true. Prague was my first stop of the trip, finally making it there after missing my connecting flight from Paris. 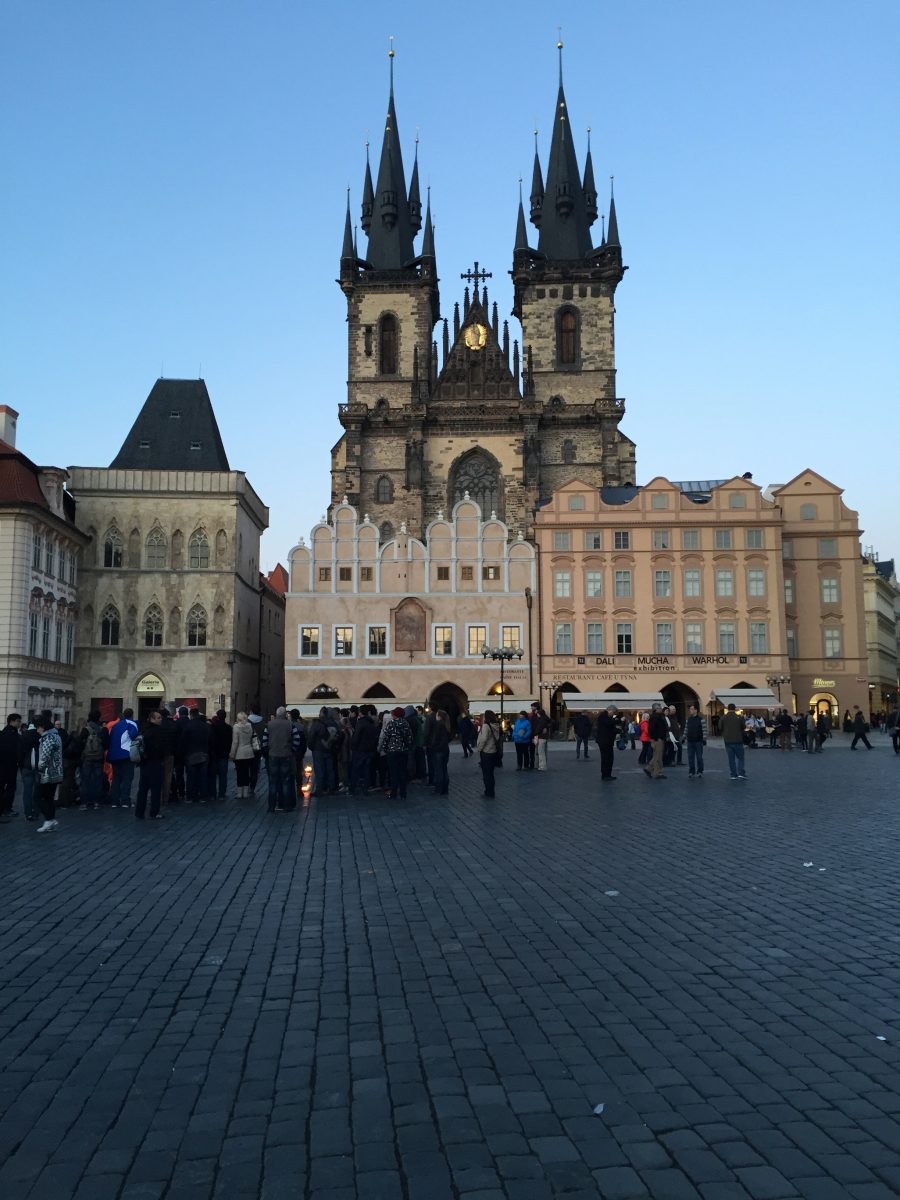 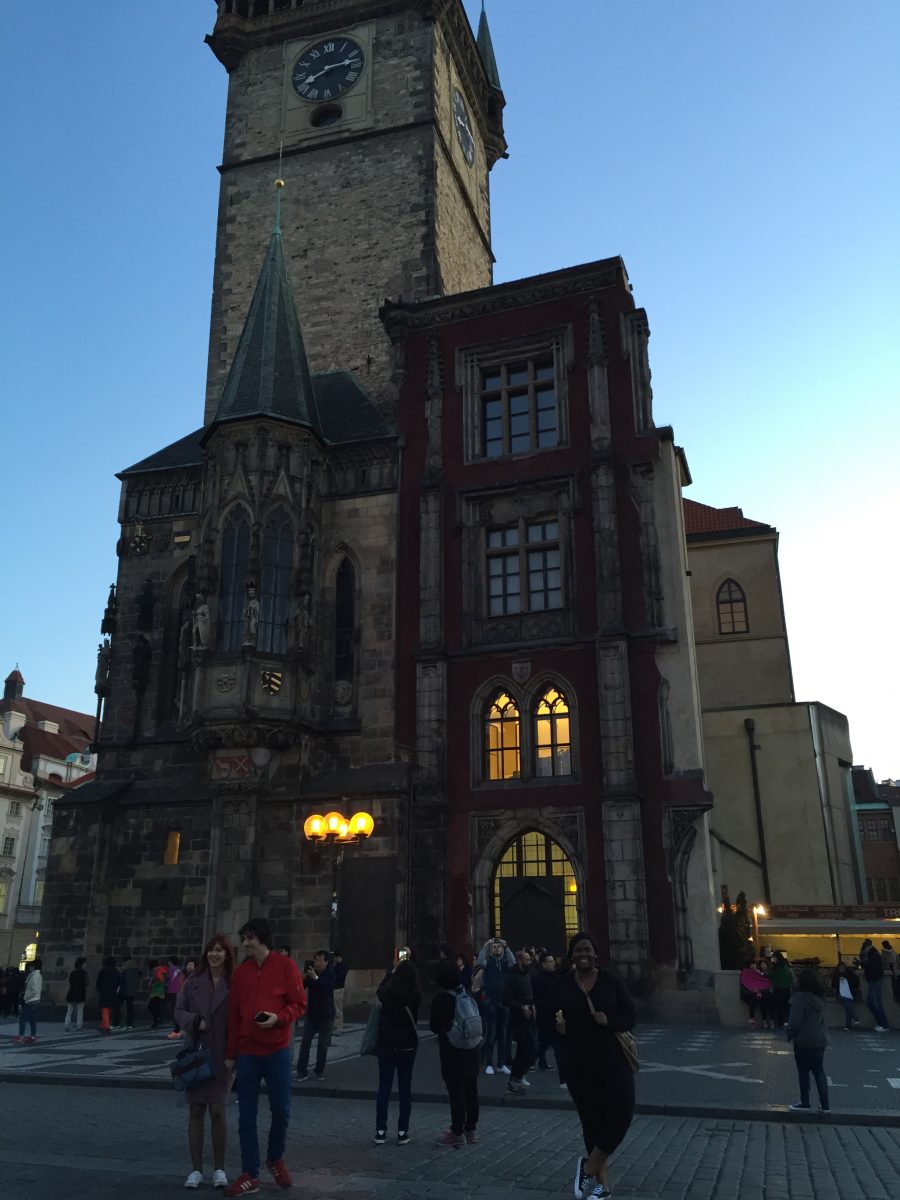 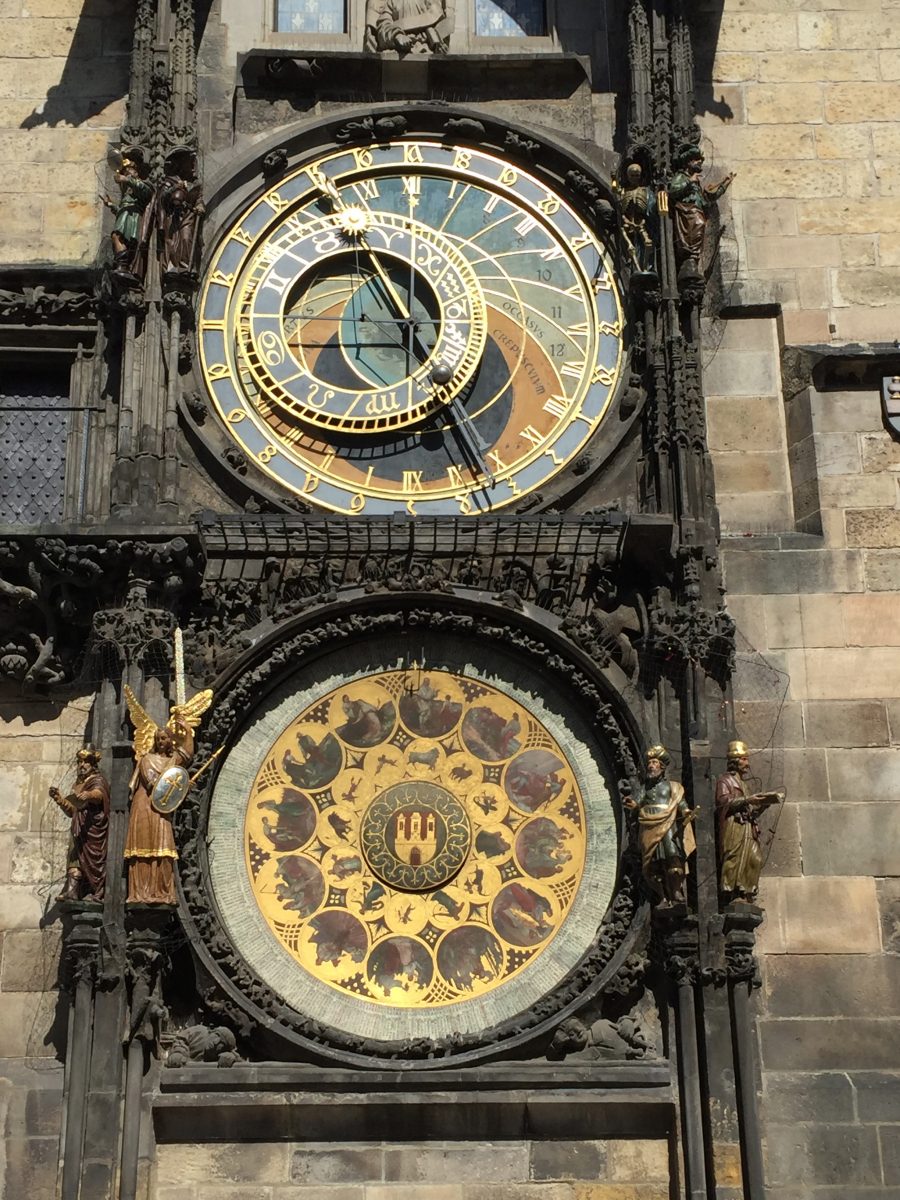 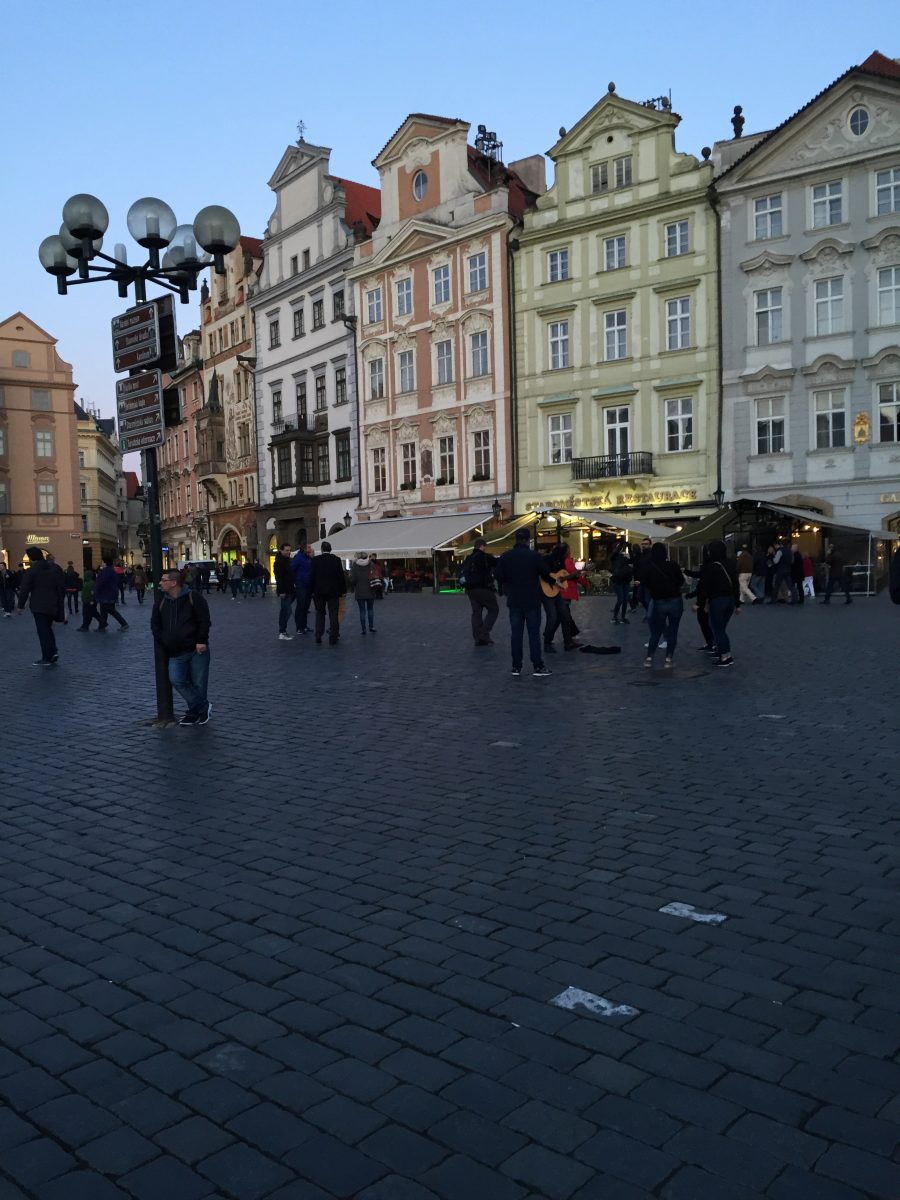 On my first night, a Turkish girl from my hostel and I walked around the Old Town Square. I’m pretty sure I was dancing down the cobblestone streets on the walk there–I just felt so, so content for the first time in a long time, and I back into the groove of traveling almost immediately. The most comfortable, the most in my element I ever feel is when I’m on the road. That’s not to say that I was unhappy during my time in Denver–quite the opposite–but I felt myself again as soon as I was aimlessly wandering those Prague streets.

The next day I went on a free walking tour (always tip at the end) with an American guide, Keith. He will be standing by the astronomical clock with a green umbrella–LOOK FOR HIM! I was so impressed with his tour and his knowledge of Prague. His tour was the perfect mix of knowledge, humor, and insight from someone who has been living in Prague for the better part of a decade. Back to the astronomical clock for a moment: Keith told us that whenever someone is born in Czech Republic, their name has to be chosen from the names on this clock. He said that Czechs don’t make a huge deal about their birthdays, but more so about their “name day”. There are 365 names on the clock, each corresponding to a day of the year.

The walking tour also took us through the Jewish Quarter, which is still very well preserved. The reason for this is that Hitler considered Prague the jewel of Europe: a magnificent city that he planned to eventually use to show where and how an extinct religion of people used to live. The Nazis were ordered not to destroy any buildings in the quarter. 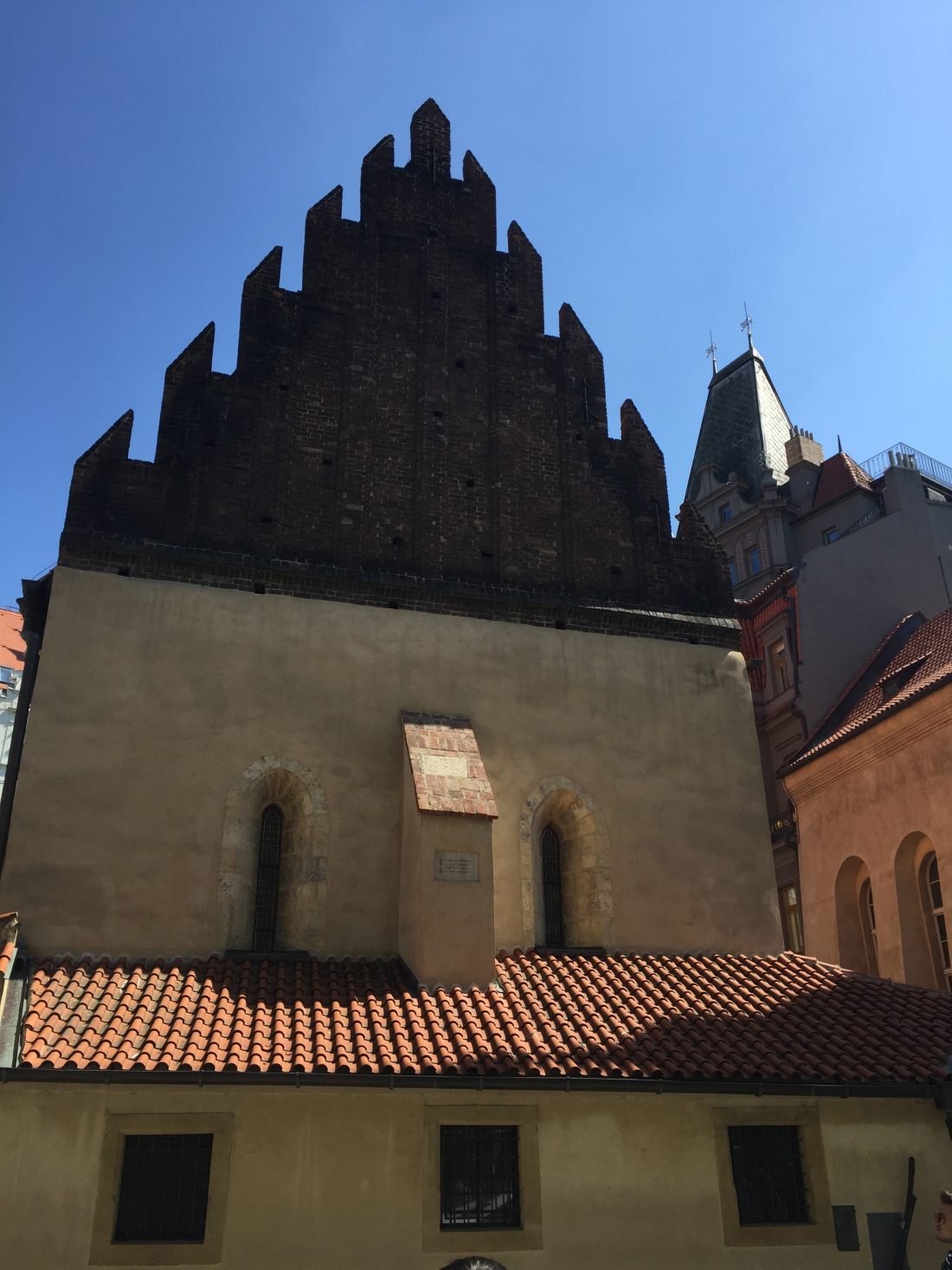 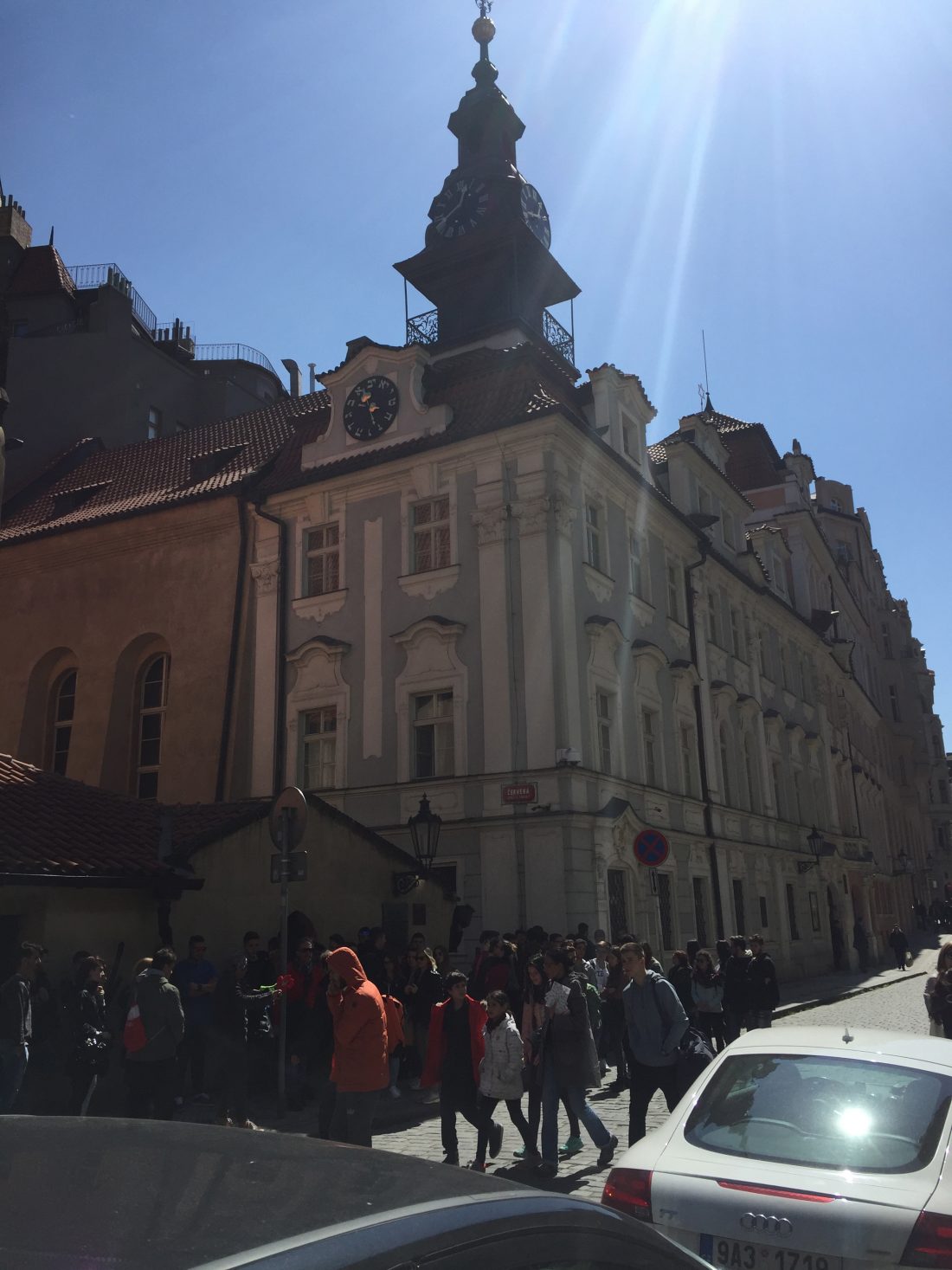 After a major dose of history lessons, I indulged my party girl side on the Prague Pub Crawl. For 500 Czech crowns ($20 USD), you crawl to 2-3 bars before dancing well into the morning at the five story Karlovy Lazne club by the Charles Bridge. The first bar offers unlimited vodka shots, absinthe shots, beer, and wine for one hour. As you can imagine, things can (and do) get messy, but it was so, so, so much fun! It’s a great way to meet other young travelers because it’s so popular, and there are few things I enjoy more than dancing all night, especially when it’s with new friends from all over the world. One of my favorite parts of this club was the ice bar, a novelty that I enjoyed for the first time. 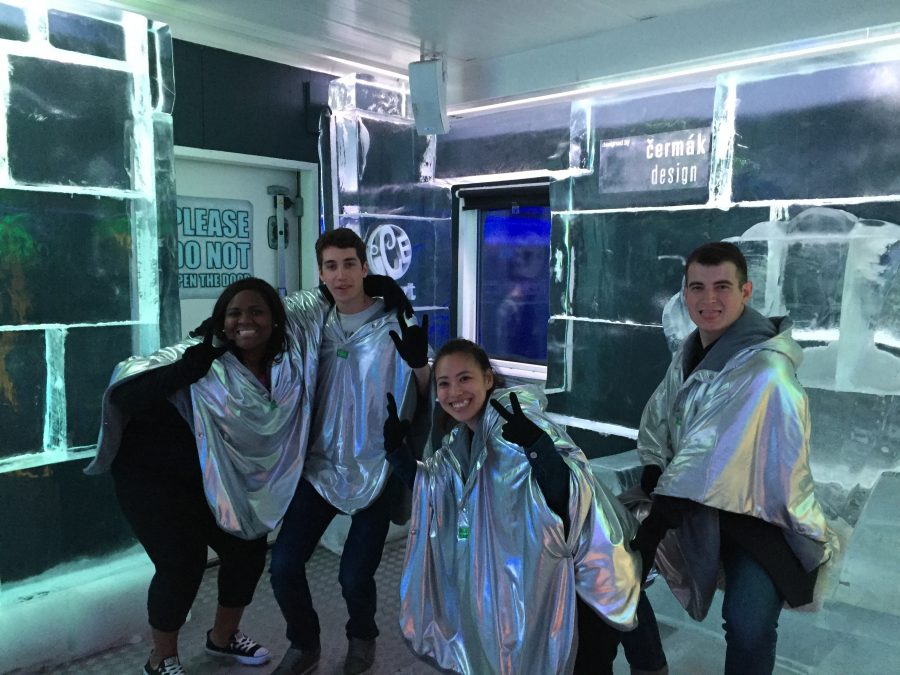 I couldn’t have picked a better city for my foray back into the world of backpacking, and for my introduction to solo travel. I traveled solo for a month during my SE Asia trip, but this was the first time that I would be solo for the entire duration of my time abroad.

Where to stay in Prague: Hostel Downtown

Fabulous location only a 5-10 minute walk to Old Town Square, clean, and a good place to meet people as they offer activities each night. Also, rooms on the 5th and 6th floor offer fantastic views of the city and the iconic red roofs.

Did you fall for Prague as hard as I did?

« I Wish I Wanted the Normal Path
Kazimierz Jewish Quarter Tour: A Kraków Must Do »