When I told her about this trip, one of my old university roommates told me that I absolutely HAD to stay at Retox Party Hostel while in Budapest. She was so enthusiastic and vehement in her recommendation that I quickly booked Retox before I even left the U.S., which is the first time I’ve ever booked accommodation more than a couple days prior to my intended stay.

In Kraków, one of my hostel roommates asked me what hostel I was planning on staying in when I got to Budapest. When I told him, he showed me his leftover wristband from his time at Retox and said “Good luck”, with a cheeky smile. From his and my roommate’s stories, I thought I was prepared for what to expect; however, when I checked into this graffiti laden haven for degenerates, groggy after the 13 hour train ride from Lviv, I really had no idea that I was about to have the craziest–and one of the most wonderful–week of my life. 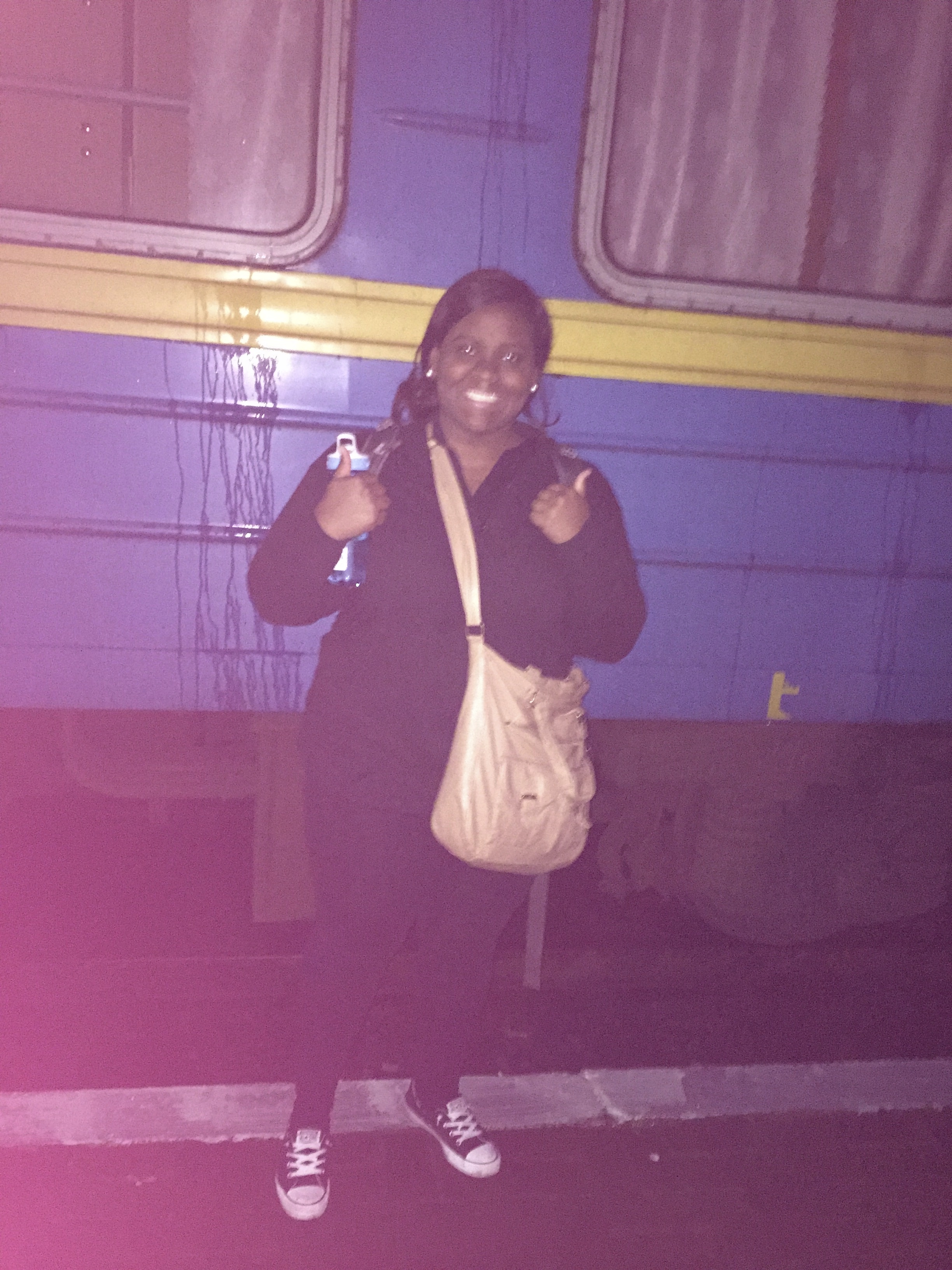 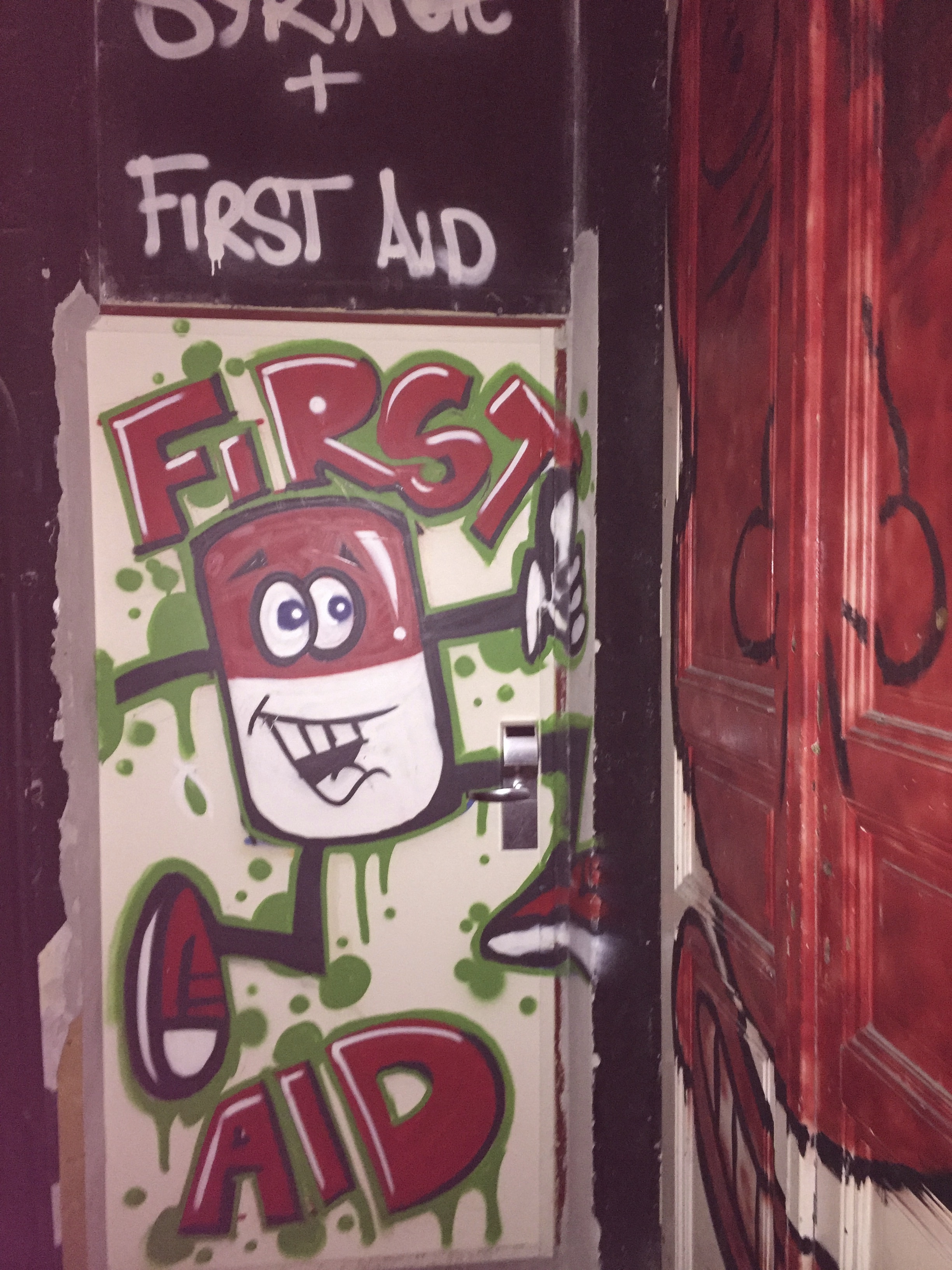 I was appropriately placed into the First Aid room (I’m a nurse). A few days into my stay, ironically enough, I had to put some first aid skills to use when a guy fell off his bunk and cut his forehead open. It looked like a crime scene, but we were able to get him to the emergency room and he was just fine!

The staff at Retox are like a family. They are welcoming, accommodating, fun as hell, laid back, and want you to enjoy Budapest and the hostel as much as they do. Even though I was staying in a crazy hostel in a city known for its lit nightlife, I did manage to get my fair share of culture in Budapest. While the nights were reserved for revelry, I spent my days sightseeing, going on walking tours, leisurely strolling to nowhere in particular, and eating local Hungarian food (which almost always included paprika and sour cream). Budapest is so. beautiful. It definitely lives up to its “pearl of the Danube” title! 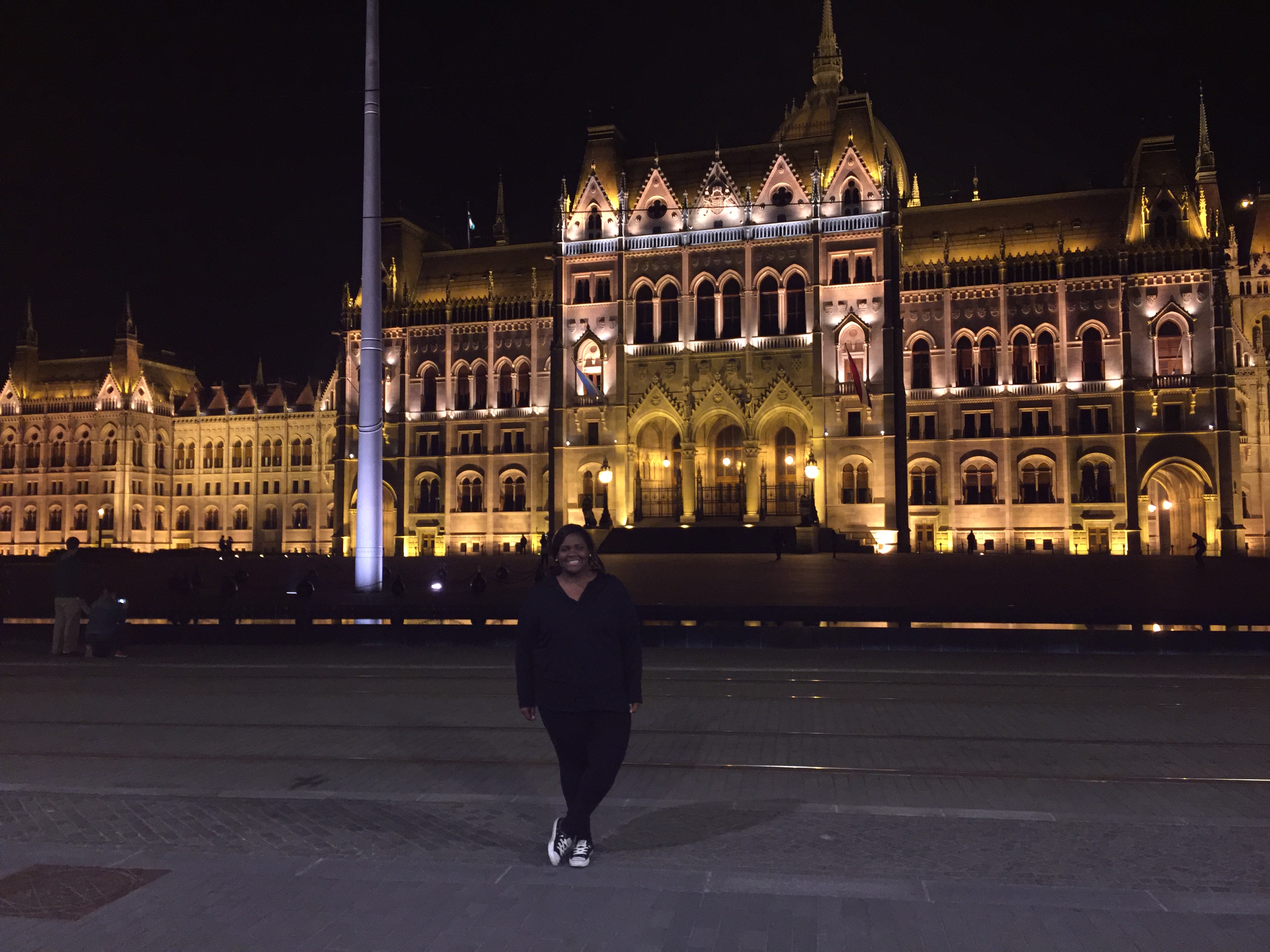 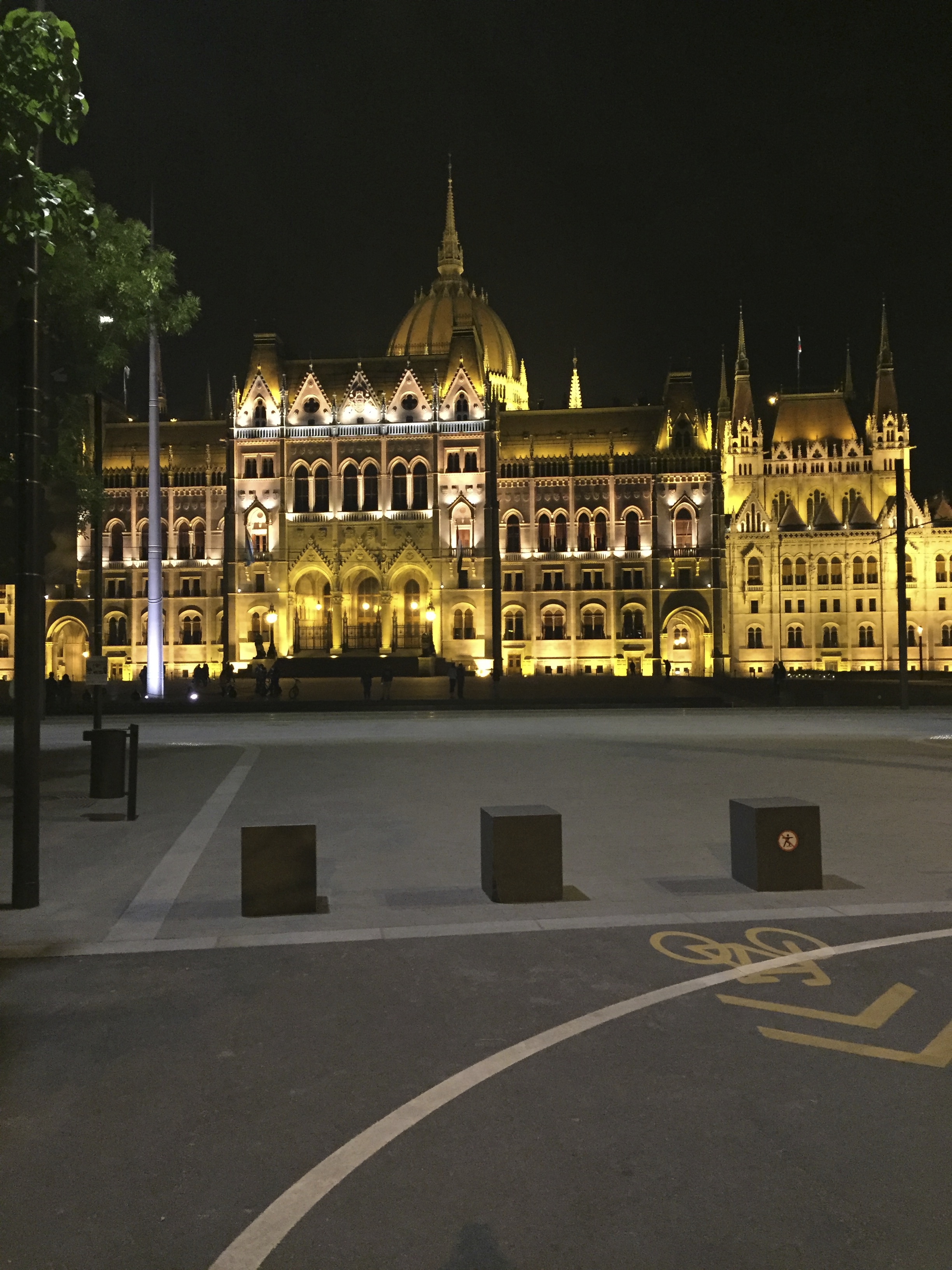 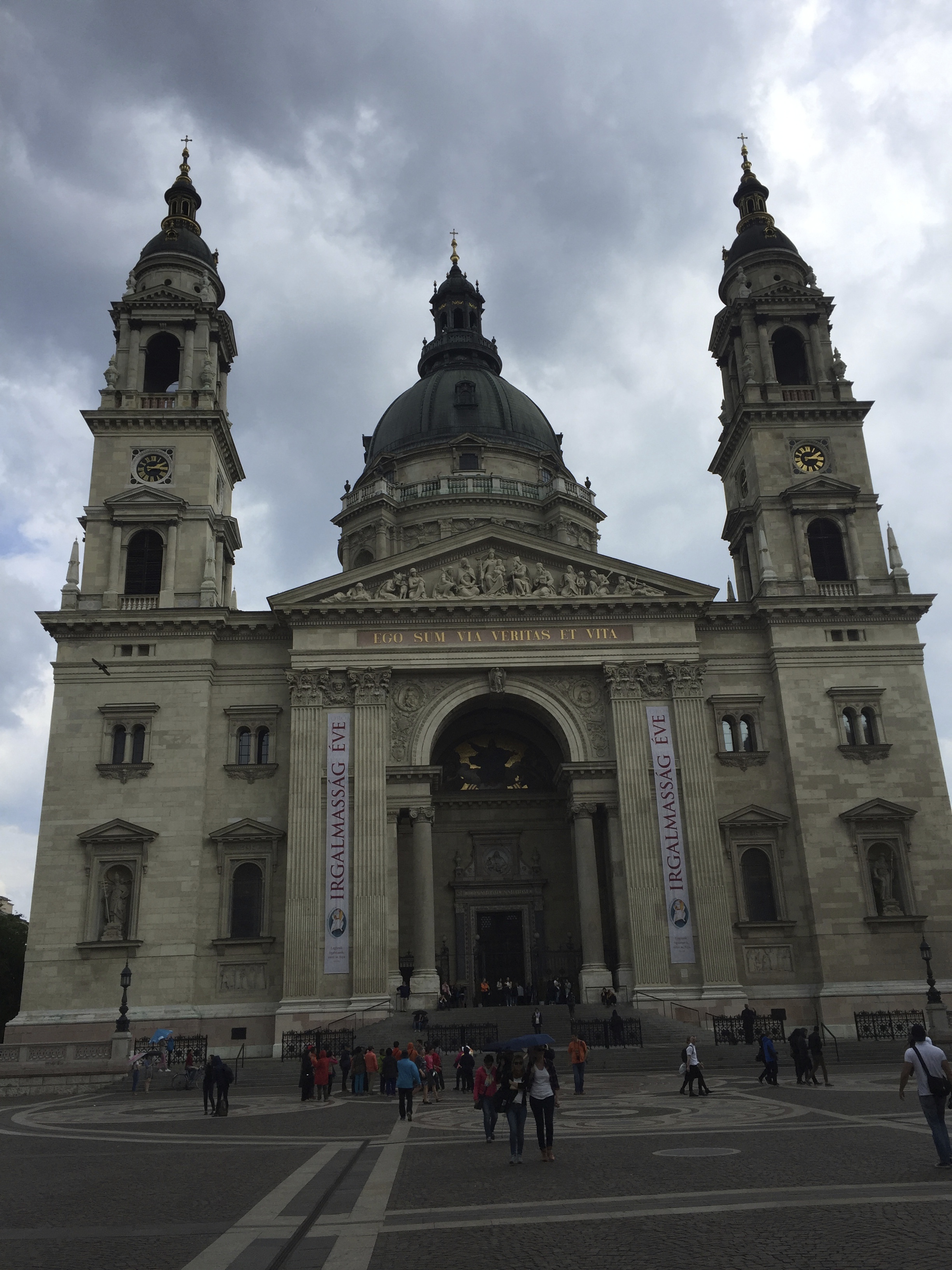 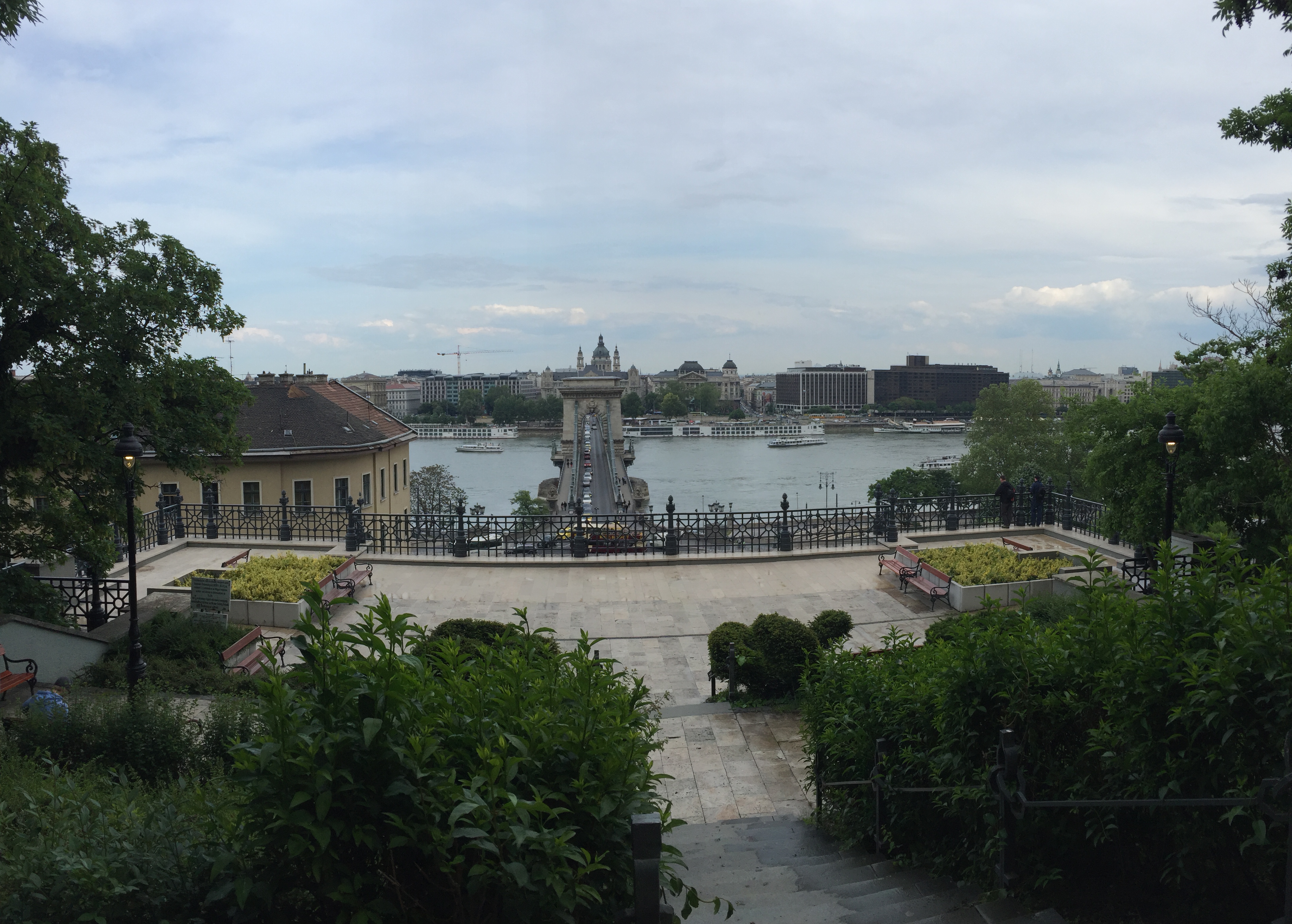 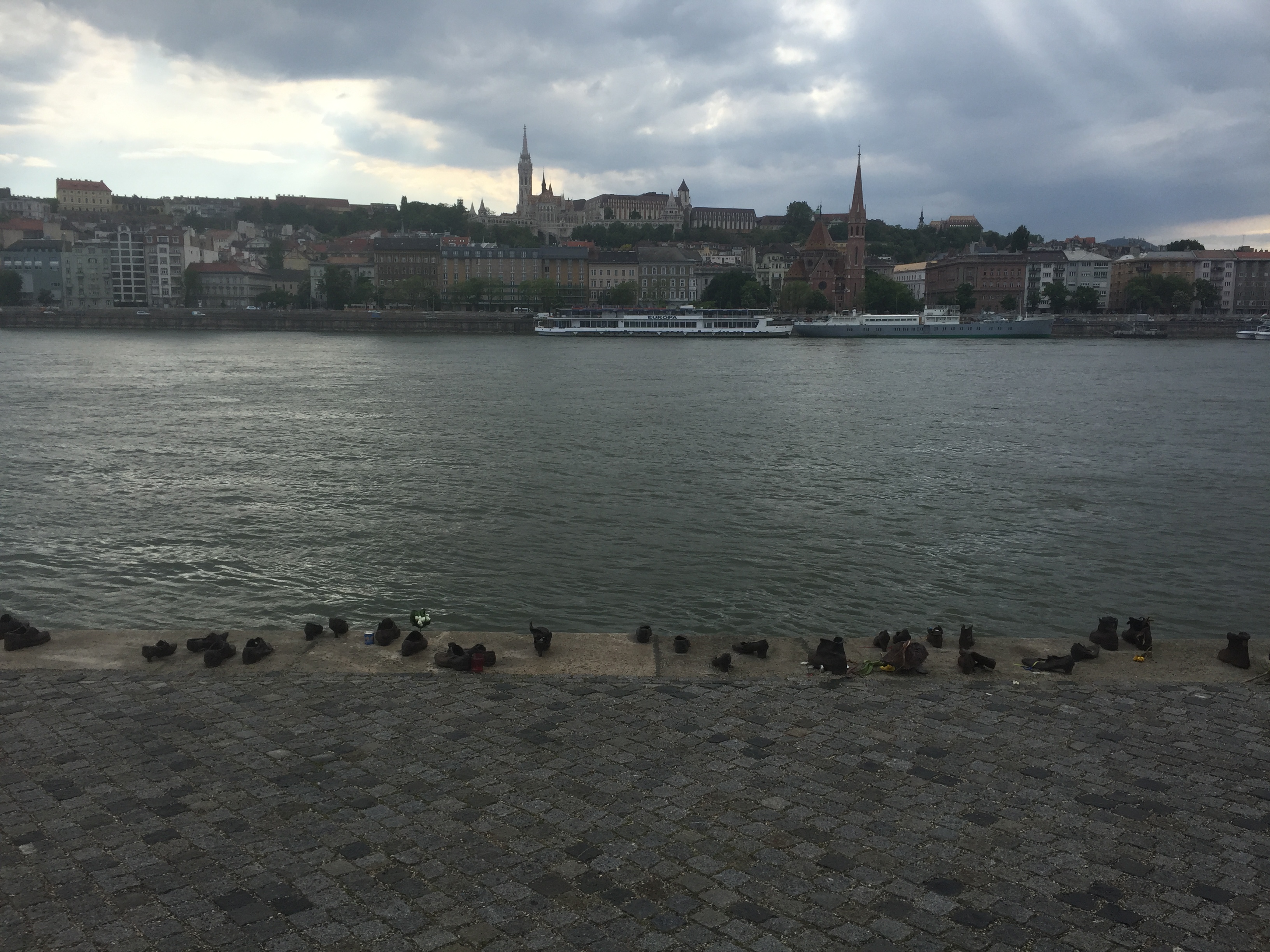 The haunting Shoes on the Danube Bank memorial. It honors the Jews who were shot and killed here, after being ordered to remove their shoes.

One of the coolest aspects of Budapest’s nightlife is the ruin bars. After WWII, there were many abandoned buildings in the old Jewish quarter area of the city that were basically just sitting there. The first ruin bar was created out of one of these buildings 15 years ago, and the craze caught on. I frequented Instant the most, mainly out of convenience as it is only a block away from Retox. It was once an apartment building, and dancing there until the sun came up is one of my fondest memories of the week. As was hanging out with the lovely ladies pictured below! One day after going to Instant, we basically did our own little “restaurant crawl” of the city while we attempted to cure our hangovers. 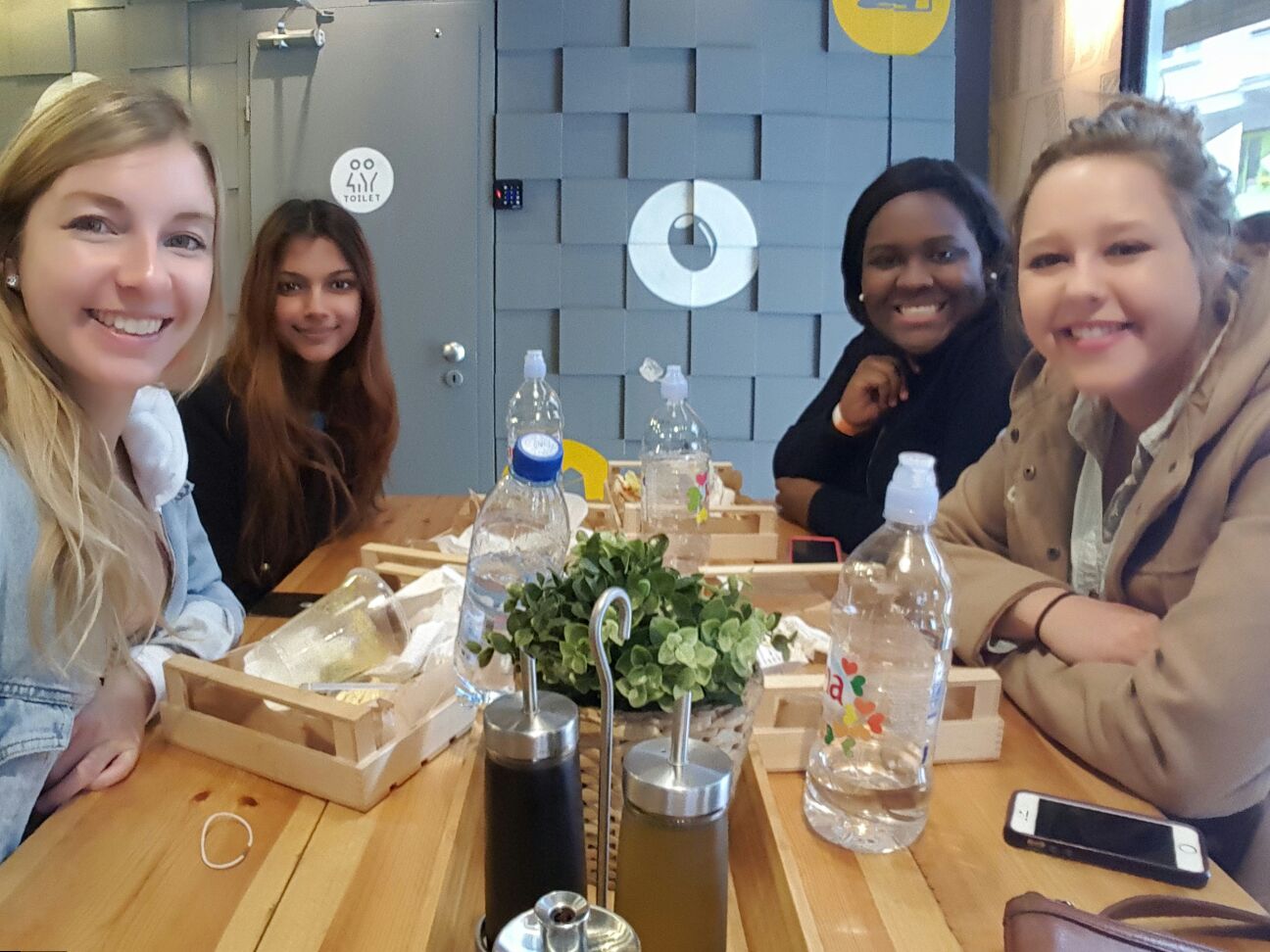 My hands down favorite night in Budapest, though, was the party boat cruise of the Danube that I booked through Retox ($17 USD/person, $23 USD/person if you want a bottle of champagne). We were joined by travelers from the other BPH hostels so it was nice crowd! Most cruisers opt to purchase the bottle of champagne, there’s a DJ on board equipped with surround sound, stunning views along the Danube, and the cruise is just the pregame because we all head to a ruin bar after it’s over. Also, there’s a boat party legend that says you must kiss someone under each bridge the boat passes under, or be cursed for seven years 🙂 You can imagine that debaucherous doesn’t really even begin to adequately describe this night. 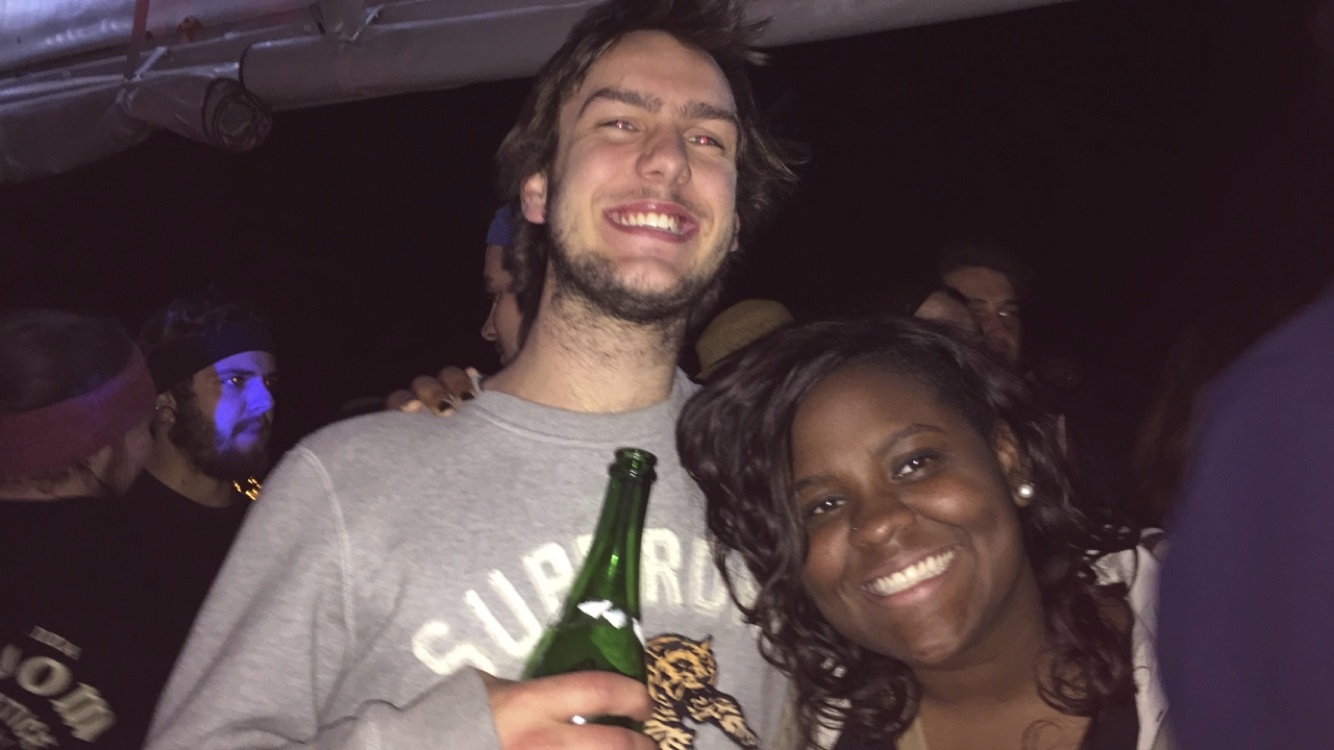 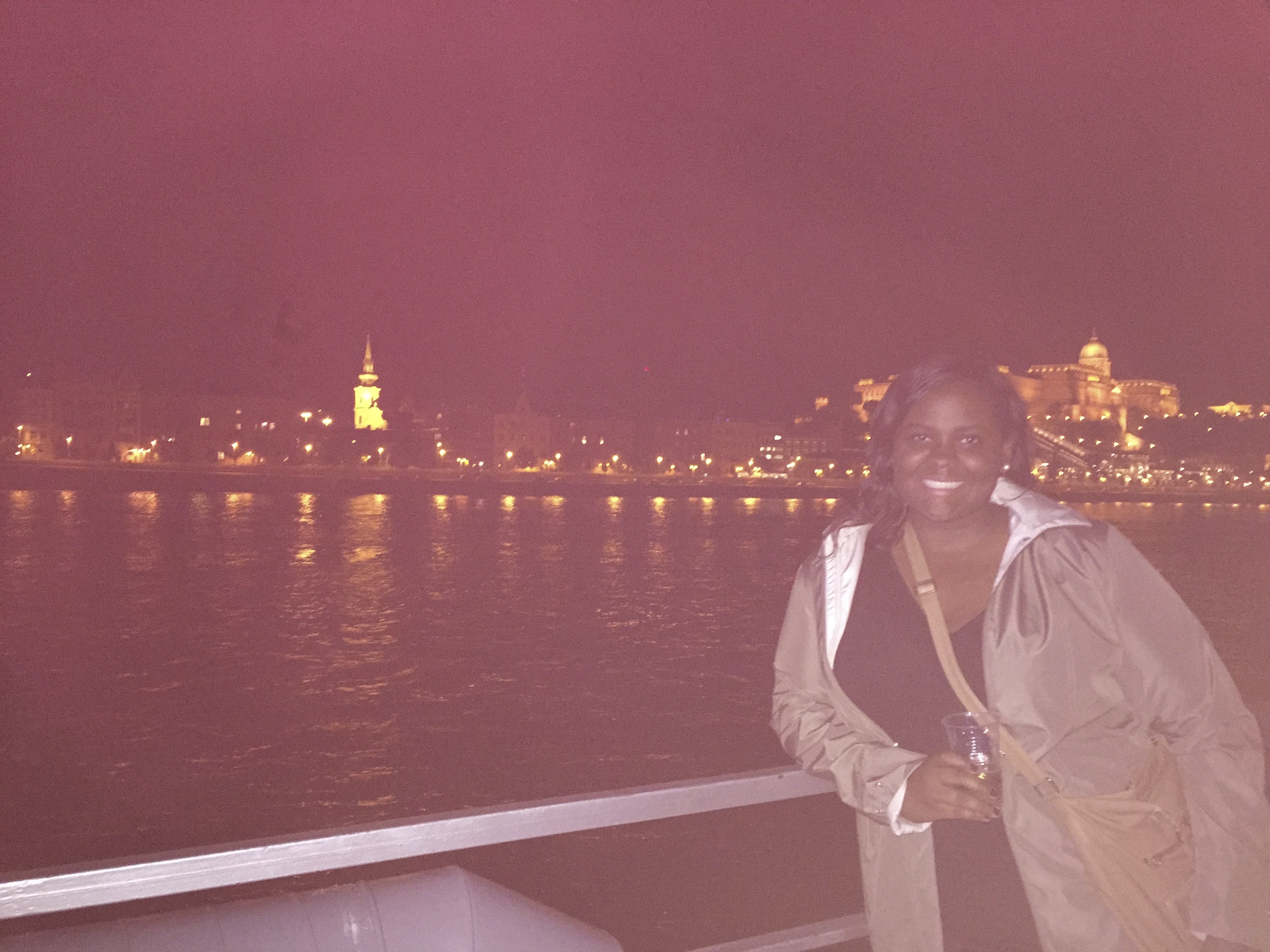 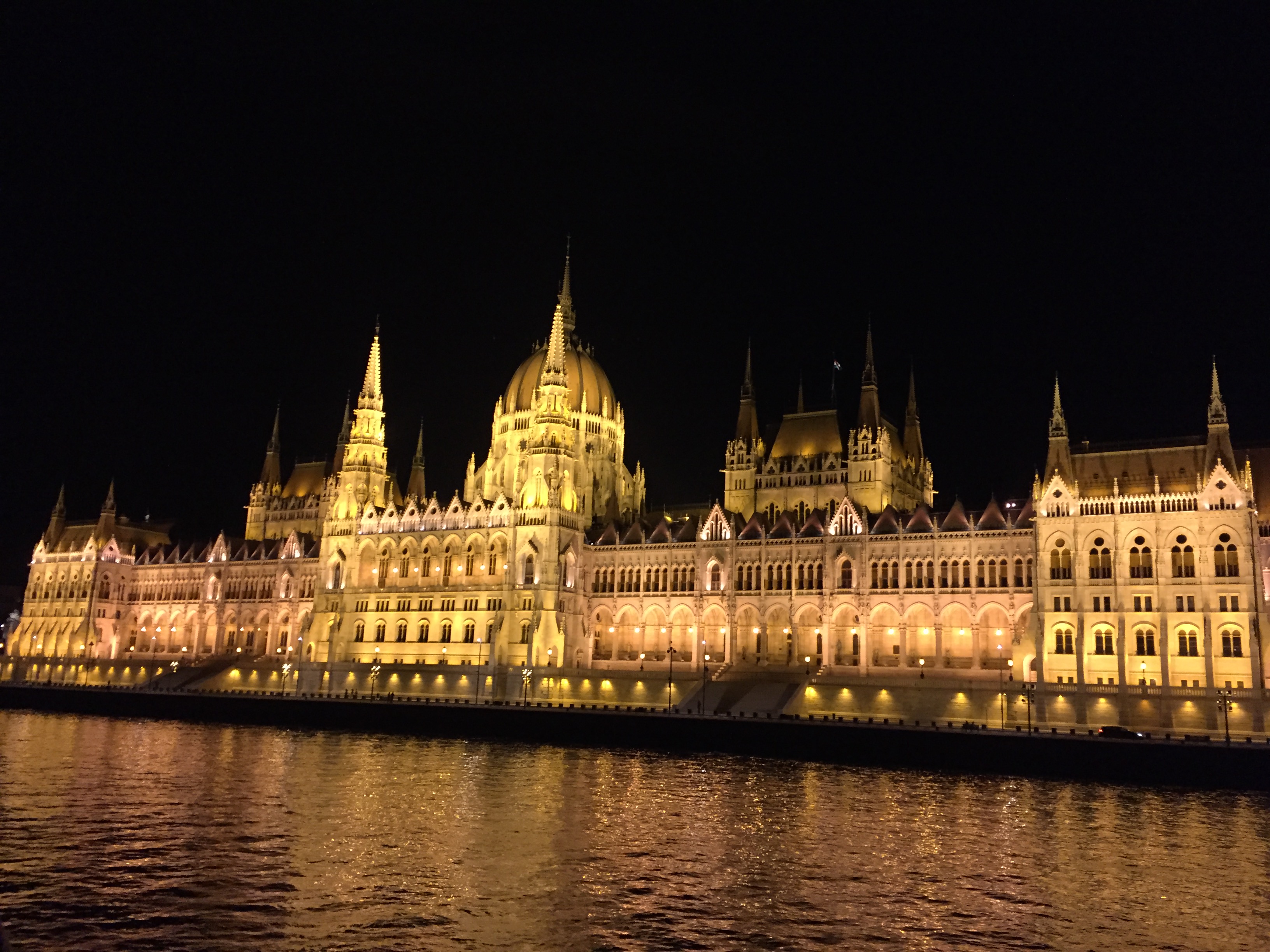 Alas, the best Budapest stories aren’t blog appropriate. I fell in love with the city, and was happy with the way that I balanced partying and staying at Retox with soaking up the culture and history, and making sure that I saw and did what I planned to. To me, partying in Budapest is the perfect example of “doing the thing you’re supposed to do in the place you’re supposed to do it”, which Kristin Newman, author of What I Was Doing While You Were Breeding ,talks a lot about in her memoir.

Walking tour info: I did the 3 hour free tour through Hostel Culture Budapest Tours that meets every day at 2 PM in front of St. Stephen’s Basilica. My guide was working on a graduate degree in history so my group definitely hit the jackpot because he was filled to the brim with knowledge.

Where to stay in Budapest:

This is a bona fide party hostel. Although I never had any trouble sleeping, I wouldn’t come here expecting to get eight hours a night. The fun you will have, the friends you will make, and the stories you will have by the end of your stay will more than make up for the lack of sleep. Also, there is a high tech security system, as well as guards, and it is SO clean for being a party hostel! Staying at Retox is not for the weak at heart, but I promise you will have the time of your life if you do get the pleasure of spending time here.

If you’ve been, what’s your favorite Budapest memory? Craziest hostel you’ve ever stayed in?

*Note: There are a few links in this post, but obviously I don’t get anything if you click on them, book the hostel, or buy Kristin’s book. I’m sure that goes without saying as I don’t even have my own domain, but I just wanted to put that out there. I’m just here to tell my stories and hopefully inspire you to get after your travel dreams in some way.

« Struggles Crossing the Ukraine Border
Falling in love with Hostel 4U »