I haven’t had much luck with the Tinder app in the States, but I definitely had some fun using Tinder in Asia. I used the app in Thailand, but it wasn’t until we were in Kuala Lumpur, Malaysia, and later in Vietnam, that I actually decided to meet up with one of my matches.

Using Tinder in Asia, and elsewhere abroad, is actually very useful to connect with other travelers as well as expats and locals. If you meet up with an expat or local, they can show you the local activities and hangouts that you otherwise might not get to experience as a traveler (and if you’re looking for a hookup, Tinder can help with that as well). Of course use common sense and your judgement when deciding who to meet up with and where. I’ll dive deeper into my experiences using Tinder in Asia at the end of this post.

Kuala Lumpur (KL), home to the iconic Petronas Towers, was a welcomed dose of big city life after island hopping in Thailand for a month. As Danielle writes in this post, there isn’t much to do in KL other than shop, eat, and go out, but, like Danielle, those are three of my very favorite things to do! I enjoyed the great nightlife in the Bukit Bintang district, window shopped at a few of the 6839603 malls in the city, and overdosed on Western food. Paige and I probably set a record for how many times two people can go to McDonalds and Starbucks within 72 hours. We did eat Indian and Malay dishes too, don’t worry. 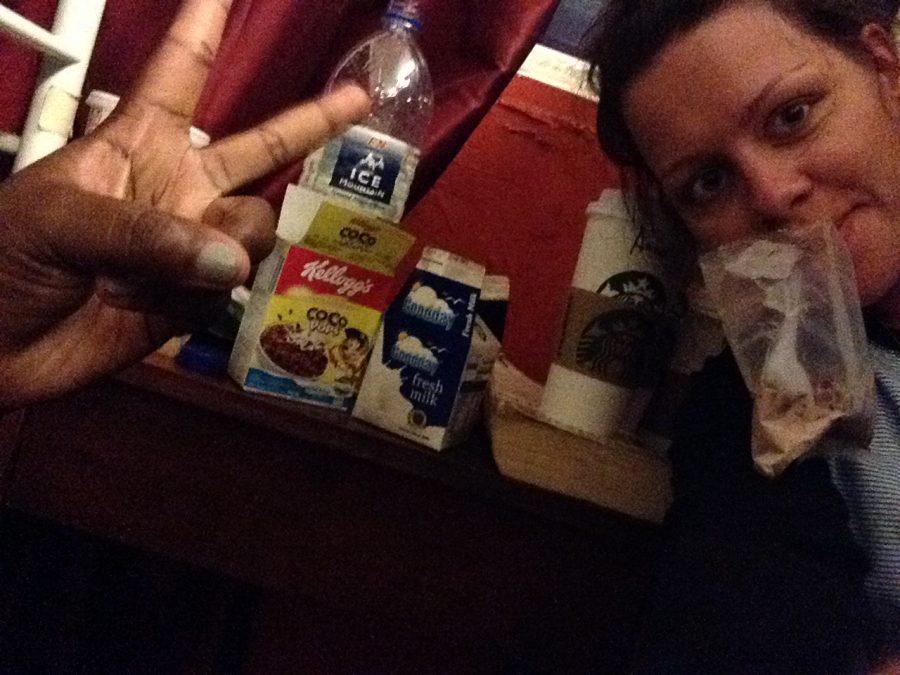 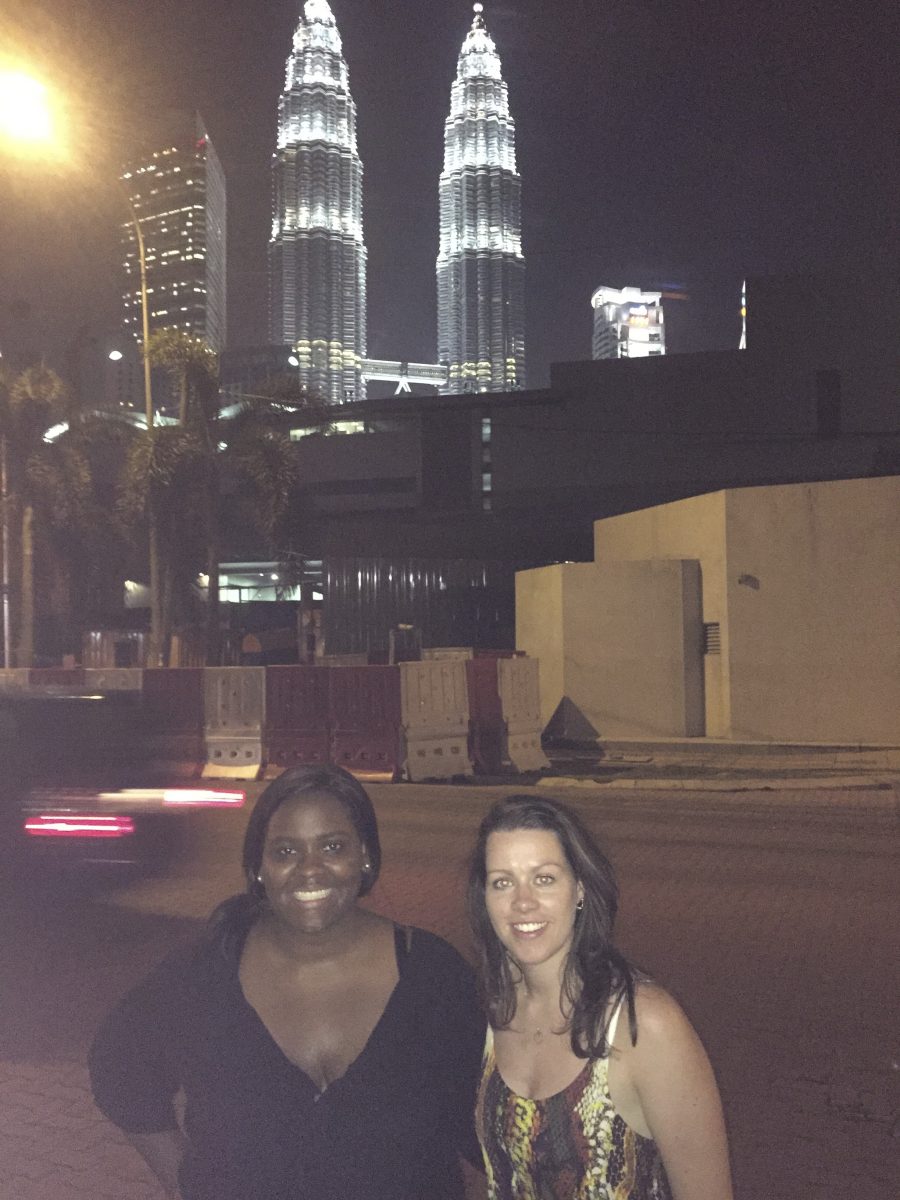 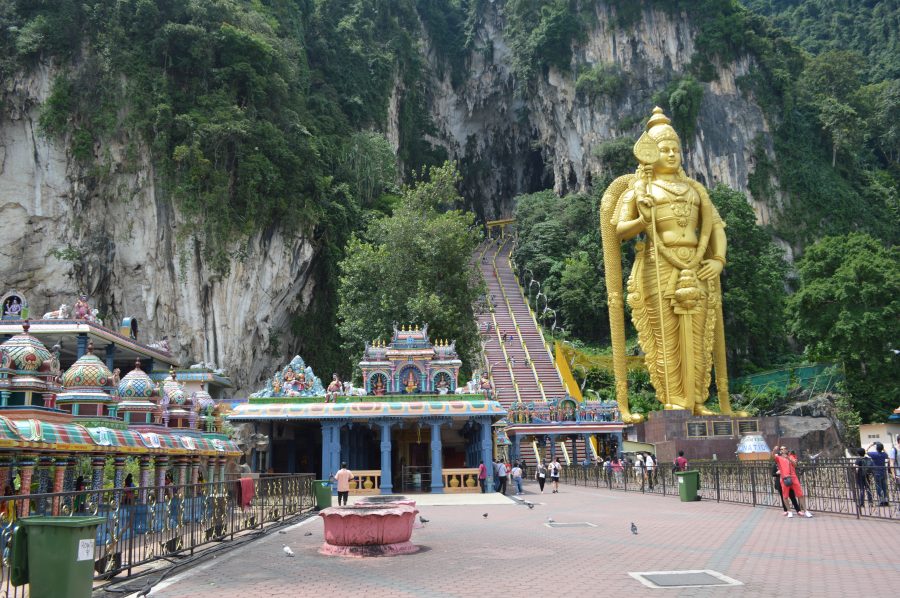 The above picture is at the bottom of the Batu Caves. Situated on a 400 million year old limestone hill, the caves and cave temples are one of the largest and most popular Hindu shrines outside of India. You will need to take the metro here because it is about 8 miles (13 km) outside of KL. Make sure you aren’t carrying any food on your way up the stairs because there are several monkeys roaming around that will not hesitate to steal it! And ladies, make sure you wear something that covers your knees and shoulders. It is possible to rent a sarong at the caves although you will not get your full deposit back as half of it is considered a donation.

Now on to Tinder fun:

I decided to meet up with V, an expat living in KL while he gets his masters. We ended up having drinks in my hostel’s hangout area. I wasn’t expecting much, but we actually ended up hitting it off and I went back to KL towards the end of my trip to see him again before I flew back to the U.S. After our two weeks together, I flew to Chiang Mai to end the Southeast Asia portion of my trip in northern Thailand. I wish I could say that I was sad about leaving KL, or that he ran after me at the airport, or that we had plans to see each other again in the future. That would make for a better story, but honestly, I’m pretty reasonable and level headed when it comes to travel flings. I understand that an expiration date is inevitable, and it’s more about the fun and frivolity of hooking up in a foreign country than finding a lasting connection for me.

In Vietnam, I matched with a South African male model.  Clearly, I couldn’t not go on this date. We met at a coffee shop where we enjoyed lattes, brownies, and some decent conversation. Well actually, he didn’t enjoy any brownies because, MODEL. I spent the rest of the evening zooming around on the back of his motorcycle through Hanoi and its crazy traffic. At the risk of sounding basic, riding around with a cute foreign guy on his motorcycle made me as giddy as a school girl, and I woke up the next morning with sore cheeks from my permanent cheesy grin that night. The best part of this date was getting to see and experience an off the beaten path Hanoi, something that I’m not sure would have happened otherwise.

Where to stay in Kuala Lumpur:

This hostel is located in the Bukit Bintang area and is central to everything you will need. The staff are very sweet, and we ended up staying here two separate times. We originally wanted to stay at Sunshine Bedz hostel, but they were full and recommended Paradiso to us as it was only a few doors away.

Do you use Tinder?

Have you ever had a travel romance?