During my senior year of college, I took an Intro to Asian Art class to satisfy an elective requirement. I wrote my final paper on the temples of Angkor, and have been dying to see a sunrise at Angkor Wat since then. On my second day in Siem Reap, I woke up at 4:30 in the morning to meet my friend to take a tuk tuk to the temples for sunrise. This was not an easy wake up call–a couple (I use that term very loosely) decided to get naughty in the bunk DIRECTLY above mine. From 3:00-4:30 I was trying to sleep/tune out the sounds of their romp, which was no easy feat without headphones.

After falling asleep in the ride over, I groggily handed over my $20 USD entrance fee. It wasn’t until I saw a glimpse of Angkor Wat that I started to wake up a little bit. My friend and I didn’t go to any of the other temples besides Angkor Wat because that was the only one we had any interest in seeing. We paid for an all day pass, but we only stayed a few of hours after we felt like we got what we wanted to get out of it. As usual, please excuse my photography. Although a photo of sunrise at Angkor Wat is hard to mess up!

Just FYI, sunrise at Angkor Wat means that the temple will be crawling with many, many tourists trying to get the same epic shot you are. I don’t know for sure, but perhaps sunset would be less crowded? 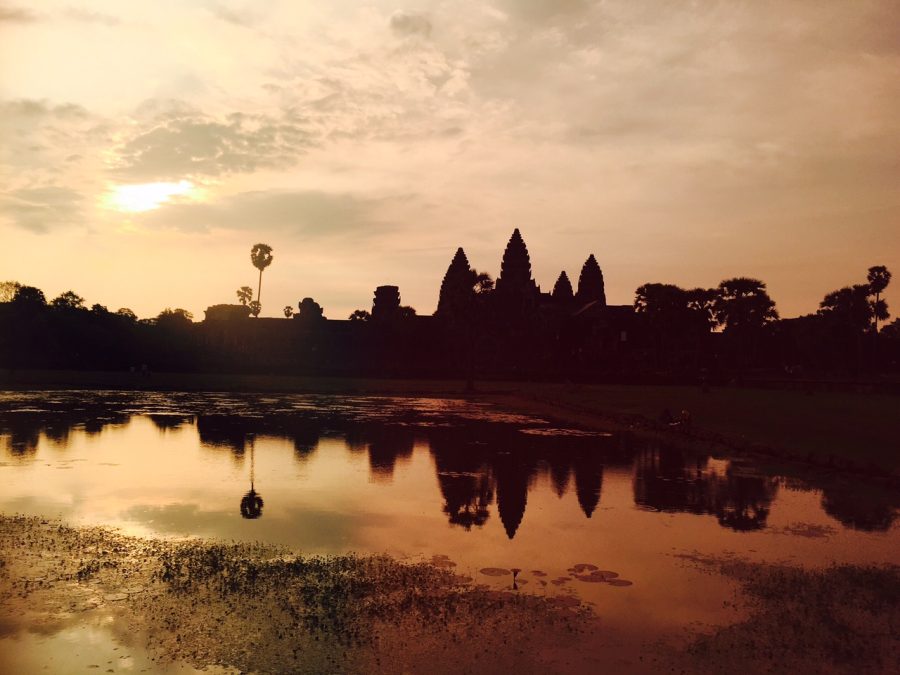 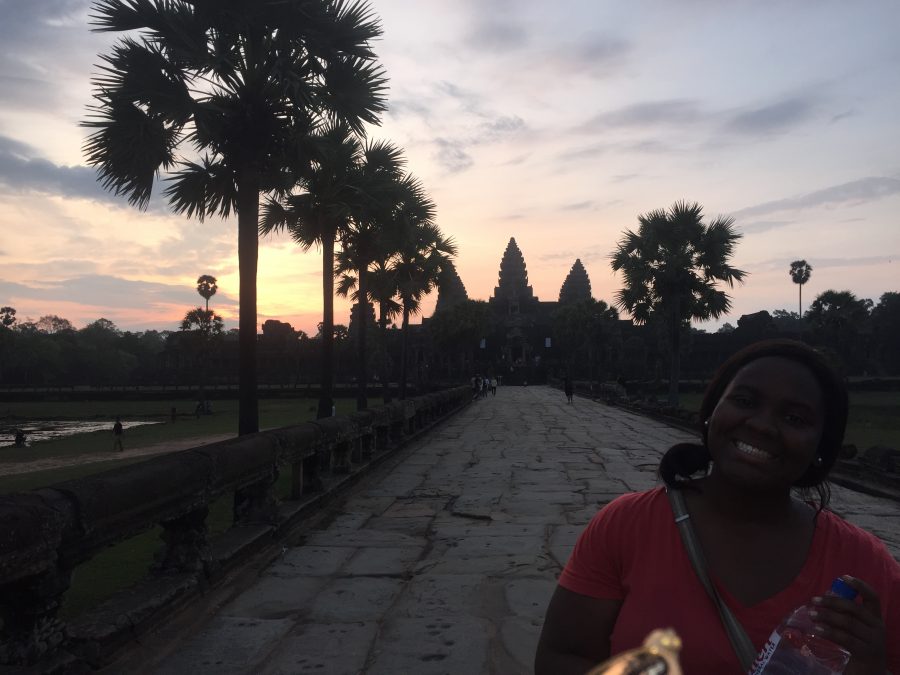 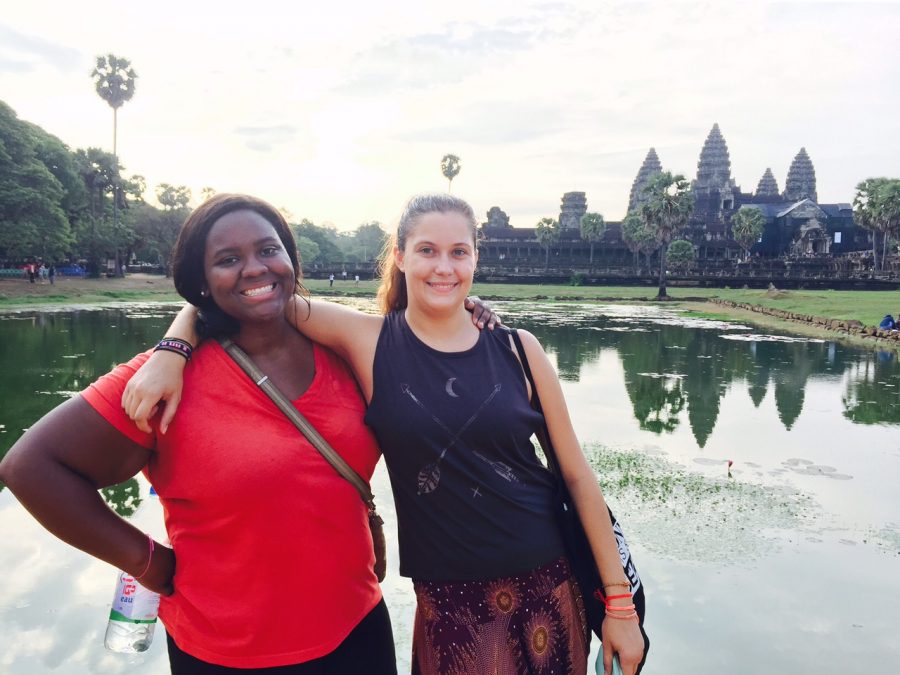 Other Siem Reap highlights: Dominating at flip cup on the hostel rooftop, dancing the night away at the Angkor What?! bar on the infamous Pub Street, browsing the night market, cheap spa treatments, and eating my favorite SE Asian meal of chicken and rice for only $2.50. Also, happy pizza, pizza with weed baked in, restaurants abound for those who indulge.

Ever had to deal with hostel hookups before an early wakeup call?

What did you think of the temples of Angkor?