Mambo from Tanzania! I arrived yesterday afternoon to Dar Es Salaam and have been quickly adjusting to this crazy, hectic city.  My hostel roommates are a Finnish Masters of Education student who is about to study abroad in Mwanza as well as a German social worker who works with refugees from Afghanistan, Syria, etc. who came to Germany without parents. Travelers are some amazing people!

As I waited for my three hour layover in Addis Ababa to pass, I noticed that at least 75% of the passengers waiting at the gate with me were Indian. The women were adorned with colorful hijabs and abayas while the men wore intricately stitched gold and white taqiyahs. To be honest, though, the beautifulness of their traditional Islamic clothing was somewhat overshadowed by the numerous pigeons flying and hopping around the terminal.

I didn’t attribute the high number of Indian flight goers to anything in particular, and boarded the plane when my zone was called. About 20 minutes after taking my seat and preparing myself for a serious nap, several passengers started to fill the aisles of the plane and walk toward first class. And then, chaos ensued. Everyone in the aisles started now running towards first class while cheering, clapping, and dancing. I had absolutely zero idea what was going on. I got slapped in the face (completely by accident) with a purse and ended up with an elderly’s woman Nike sneaker in my lap. What was all the fuss about, you may ask? This man right here (in the center with the gray beard and glasses). 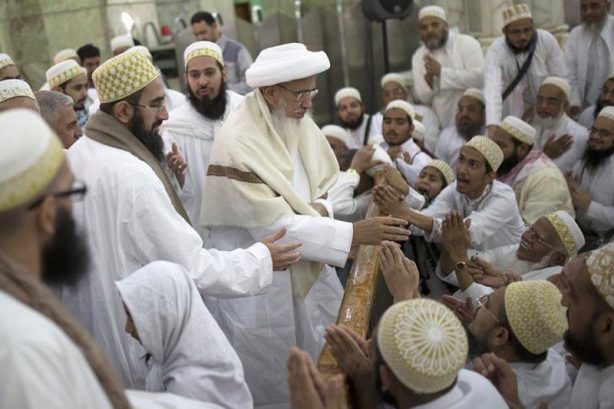 Okay, okay, that’s not actually him, but he looked very similar. I did not get any pictures of him because 1. It felt kind of inappropriate in the setting when his presence was clearly a moving, religious moment for the majority of my fellow passengers and 2. He was always surrounded by people. When he walked down the aisle from the back of the plane, people began to cry, pray, and get out of their seats to kneel at him. It was unlike anything I’ve ever seen, especially at 35,000 feet in the air.

The pilot had to do a special landing for His Excellency at the VIP terminal at the airport in Dar Es Salaam. When he exited the plane, I could see from the window that his welcome included Tanzanians dancing, signing, cheering, wailing, and bowing. It was beautiful, and clearly something that I would probably never get to experience while flying within the U.S.! His welcome lasted almost an hour and we thought that we would be able to exit the plane after it was over. Apparently the VIP terminal at Julius Nyerere International is strictly for VIPs, and the rest of us peasants had to get back to our seats, put our bags back in the overheads, and be driven to the regular people terminal.

What’s your most interesting in-flight experience? Have you ever flown with a celebrity?