I had yet another long layover on the second to last plane ride of my journey (Heathrow to JFK). This time, I had twelve hours to kill in Reykjavik, Iceland. Unlike my Cairo layover, which was four hours longer, my layover in Iceland was overnight instead of during the day, which wasn’t the most ideal for exploring. Luckily I was there in July, so there was 24 hour daylight! 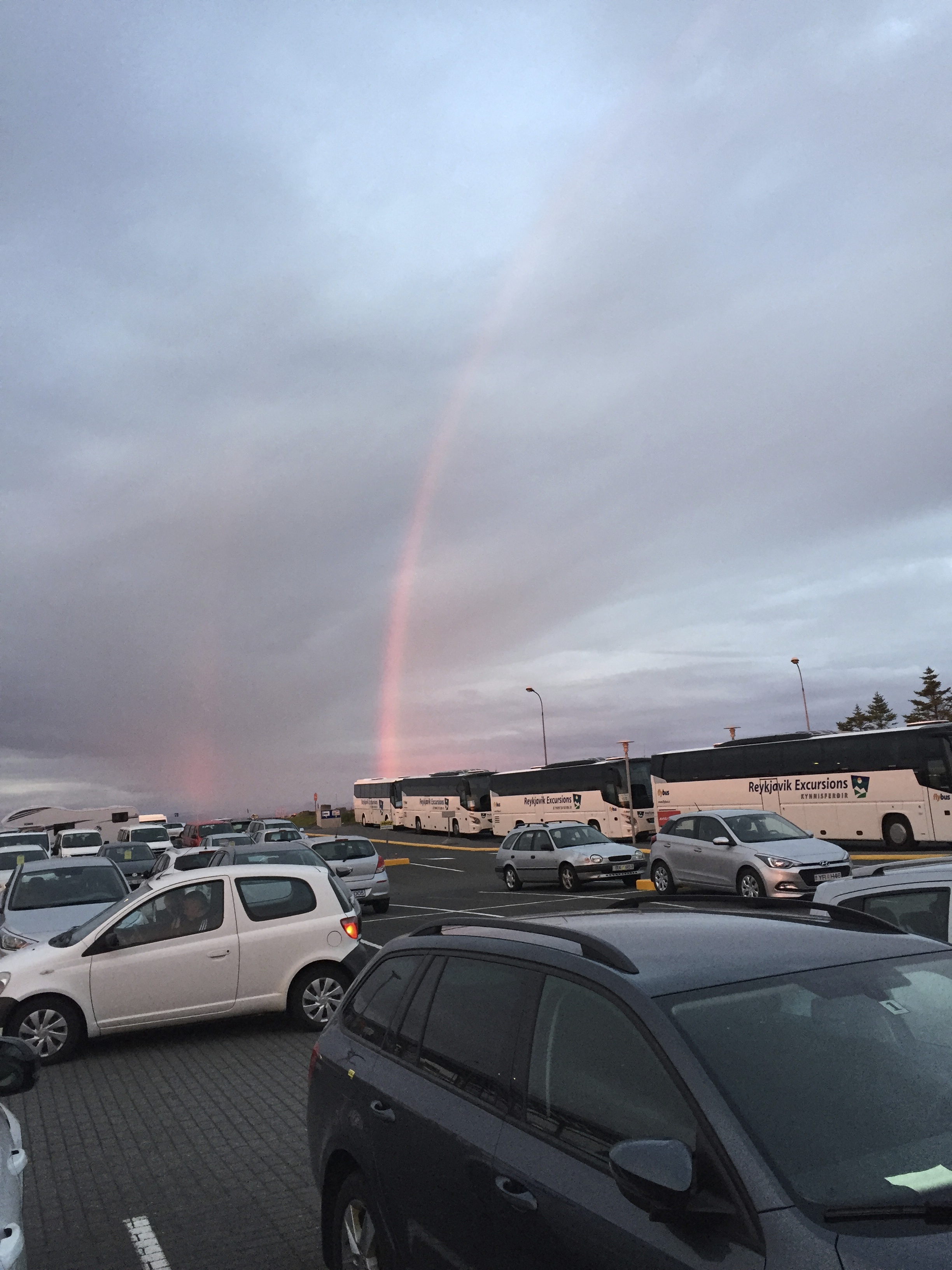 I was greeted with this rainbow upon landing at the airport at 11:30 PM. Because I wanted to explore as much as I could–and because I was broke–I decided to forgo booking a hostel. After I arrived at the bus station and found a taxi, I asked the driver to take me wherever he thought I should go. He dropped me off at the Hallgrimskirkja. 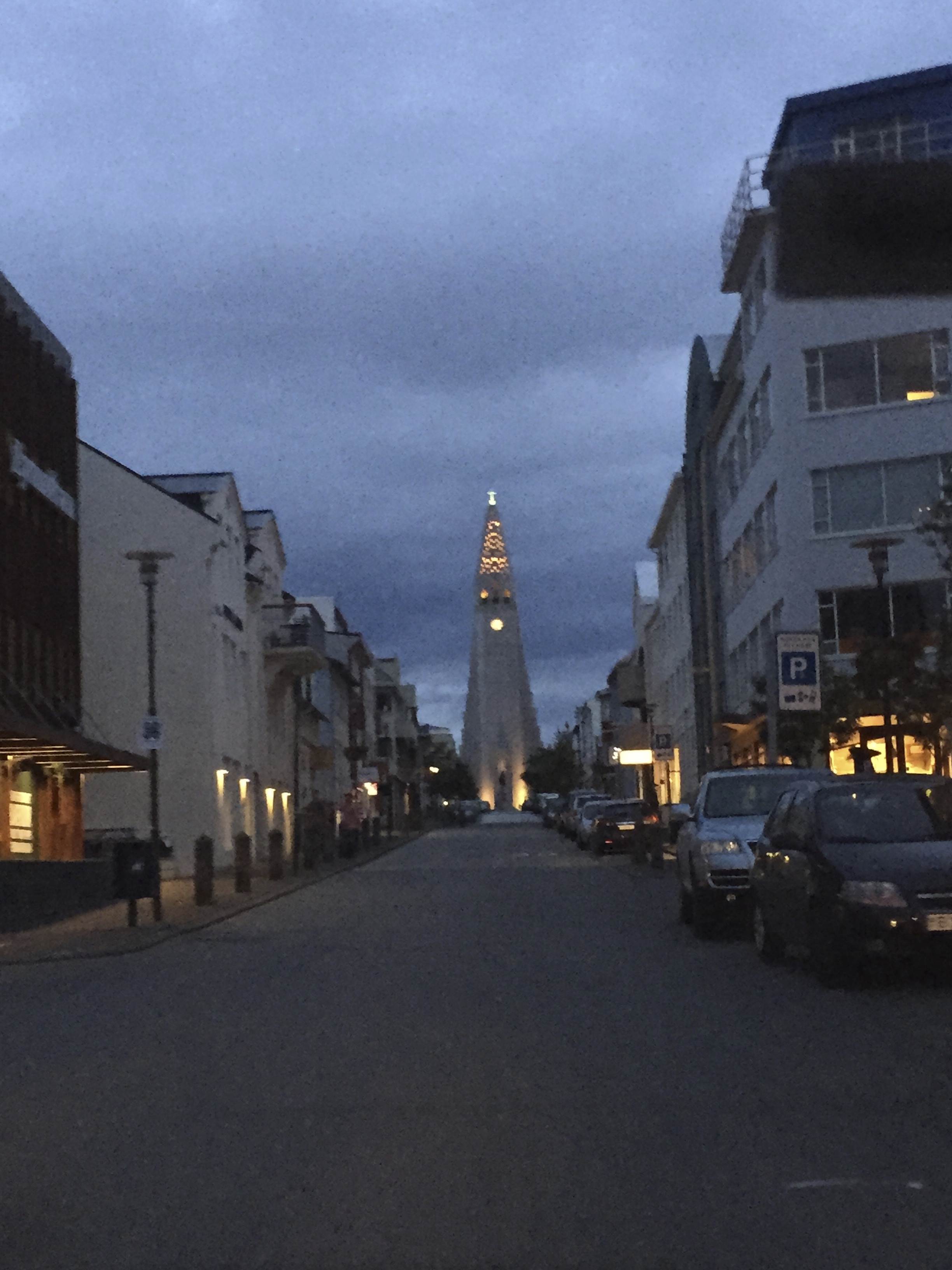 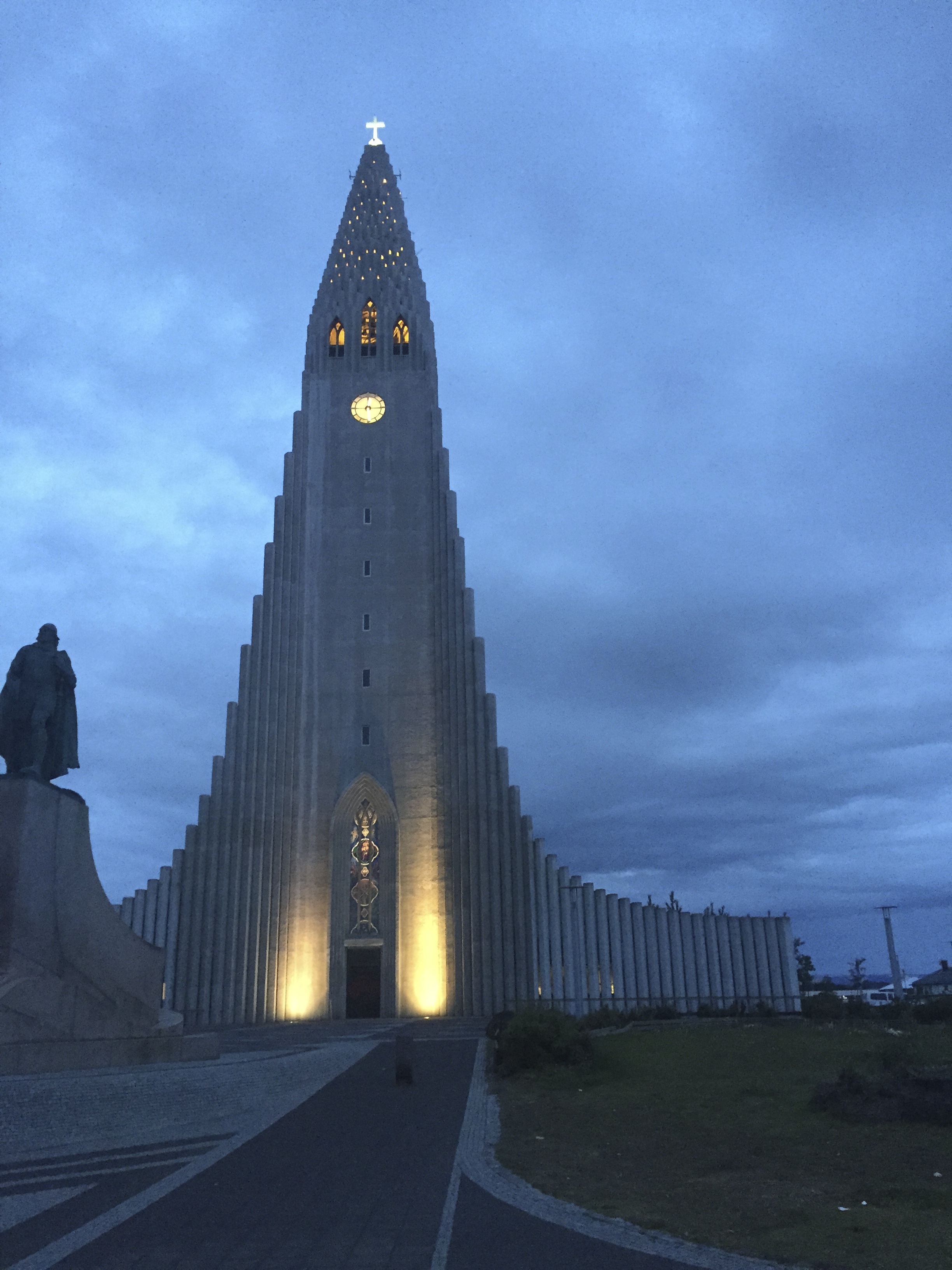 And then I walked around for a while taking pictures of everything! The small section of Reykjavik that I was able to see was adorably Nordic and quaint. I loved the different colored houses. 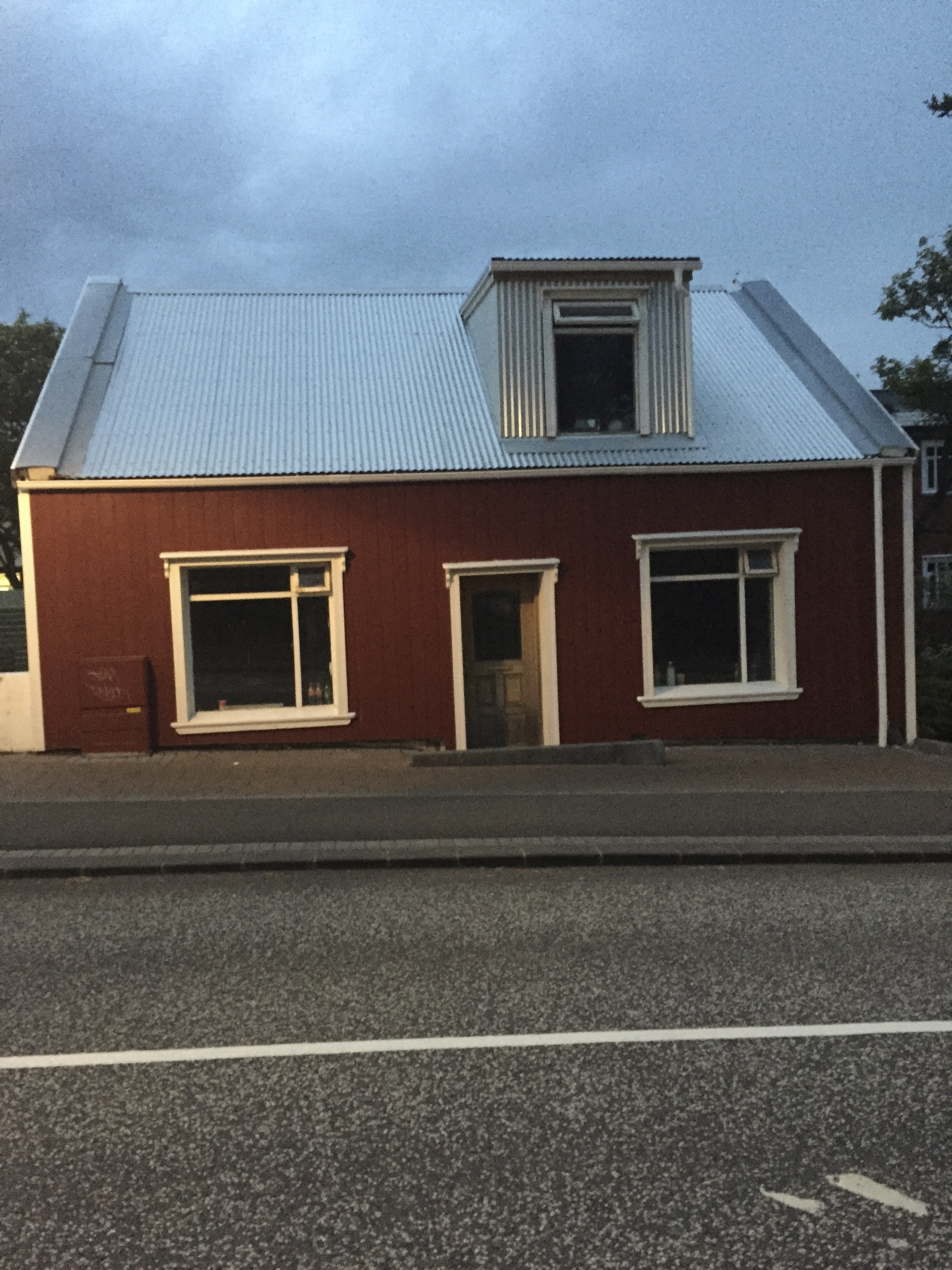 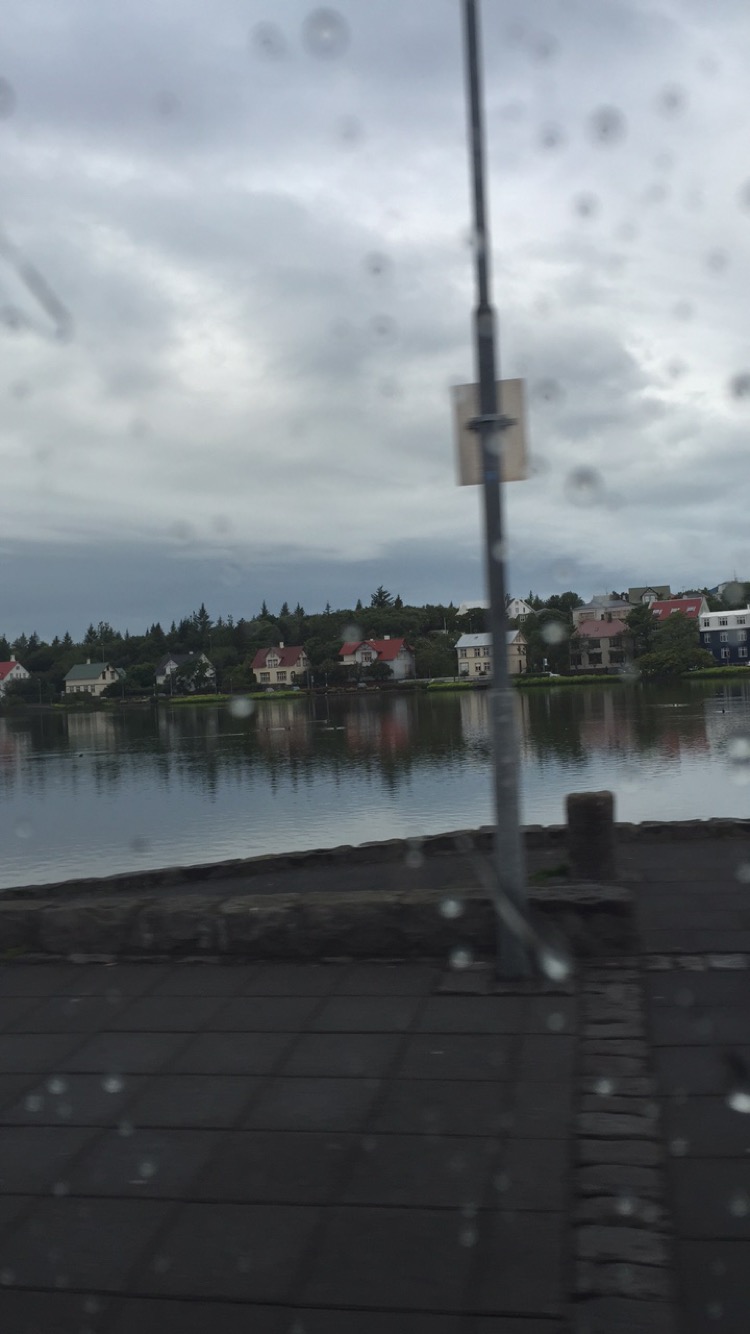 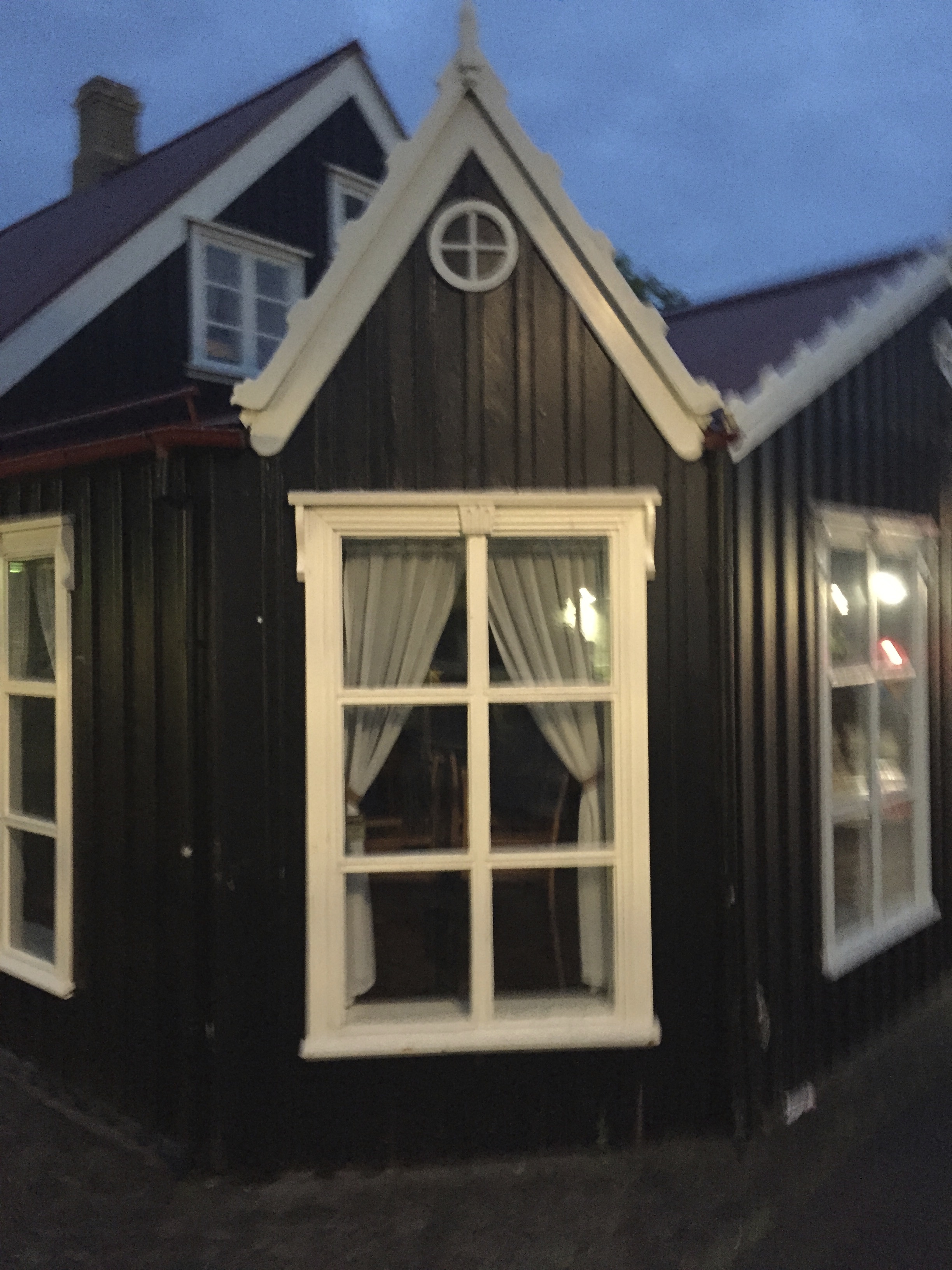 As I was walking, I heard lots of noise and people talking and laughing down the street. I followed the sounds to a bar, and, because this world is crazy small, I ran into a girl I knew from evacuation school. For those of you who don’t know, I am from and live in New Orleans. In 2005, Hurricane Katrina hit and many New Orleanians were displaced and had to go to school in the new cities that they were living in. My family and I were living in Jackson, Mississippi, where I was a freshman in high school when Jessica was a senior. I hadn’t seen her in 10 years, and here we were at a bar together in Reykjavik. A bar that I was only at because I asked the taxi driver to drop me off somewhere random. Almost the exact same thing happened to me in Cambodia.

I had plans to sleep in the bus station until the earliest bus to the airport was scheduled to leave, but Jessica and her husband graciously let me sleep in their room at the Radisson, for which I am so thankful. We spent the night talking and drinking in the lobby with two hilarious sisters from Miami. It was a perfect last night abroad. The next morning, I hopped on a plane back to the States.

*For all things Iceland, check out Kiki’s blog!

What would be your plans for a long Iceland layover?