I arrived in India early in the morning of November 9, and it has been a true emotional roller coaster ever since. I landed in Mumbai mere hours after the prime minister announced the demonetization of all Rs. 500 and Rs. 1000 notes that are now illegal. This was done in an attempt to curb black market activity, but it has sent the country–Indian nationals and foreign travelers alike–into a currency crisis. Hundreds of people are lined up at the banks every day in an attempt to exchange their 500 and 1000 notes or withdraw cash from the ATM. The ATMs are a hit or miss at this point. We never know when they will be filled, they rapidly run out of cash, and there is a daily withdrawal limit of Rs. 2500 ($36 USD).

I had no idea about the Prime Minister’s announcement until I landed in India. I guffawed at the attendant at the airport taxi counter who told me “All ATMs in India will out of operation for the next few days.” I thought it was a scam, but little did I know that he would turn out to be exactly right. Oh yeah, and Malaysian Airlines lost my backpack (at least they didn’t lose me?) en route from Myanmar to Mumbai. It took an act of congress to get my backpack back, but I eventually did, thank goodness. I’m also grateful that I’m traveling with one of my dearest friends, who so selflessly paid for everything for us in cash (she was able to exchange some of her 500 and 1000 notes that she brought from the U.S.) while I paid her back via online banking. 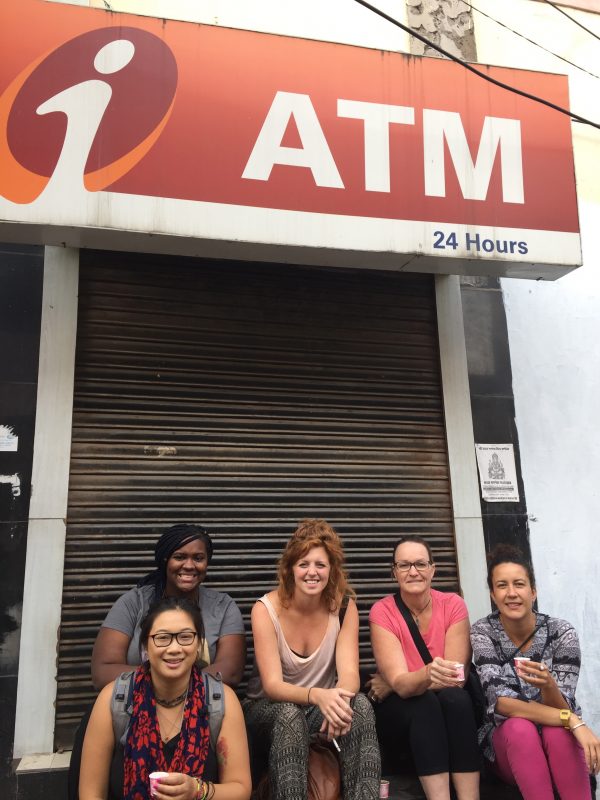 Waiting with new friends for an ATM to open in Udaipur. Six hours after this picture was taken, it did.

The situation here in India has not improved much since the announcement: bank lines are still just as long, and people are desperate to get their hands on some legal cash. I’ve been able to withdraw a little cash from the ATM twice now and it feels like a miracle. If there is anywhere where I need to put my “misfortune” into perspective, though, it’s here. I am privileged enough to have two debit cards that I can use at places that accept them. Indians who live an entirely cash based existence are truly struggling right now, and several deaths as a direct result of the demonetization have been reported.

FALLING IN LOVE WITH RAJASTHAN

After a few tense days in Mumbai, we hopped on a 17 hour train to Udaipur in the Western state of Rajasthan. I was excited to leave the big city behind, and get my fill of smaller towns filled with culture and history. Udaipur did not disappoint with it’s beautiful lakes, vibrant color filled streets, cheap and delicious food, and the quintessential cows roaming the winding streets at all hours. It’s where I felt the stress of Mumbai fade away, and began to feel like I was “in India.” This is also where I was able to withdraw cash for the first time, so clearly it holds a special place in my heart just for that reason alone. Ha. We stayed at the highly recommended Bunkyard Hostel for $6/night. 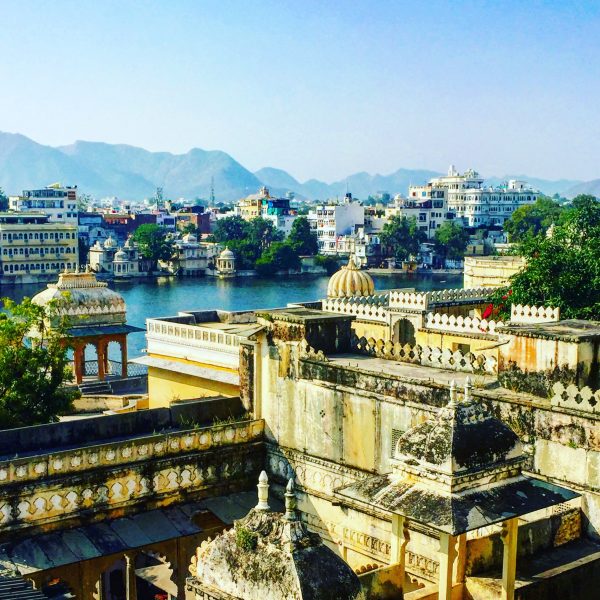 After Udaipur we found ourselves in the “Pink City”, Jaipur. Jaipur is also the capital and largest city of Rajasthan, so it felt much more crowded and congested than Udaipur. I didn’t mind the extra chaos one bit, though. You know how on each trip, you find “your place?” Well, I’ve found mine and it is Rajasthan. I still have a bit more of India to travel through so obviously this could change. For right now, I am content continuing my quest to find the best bhindi masala and garlic naan in India and gushing over every camel and elephant that I see roaming the streets. I’ve also been doing way too much shopping, but if you were to see the amazing and intricate wall hangings, fabrics, and jewelry that fill every street, you’d understand. 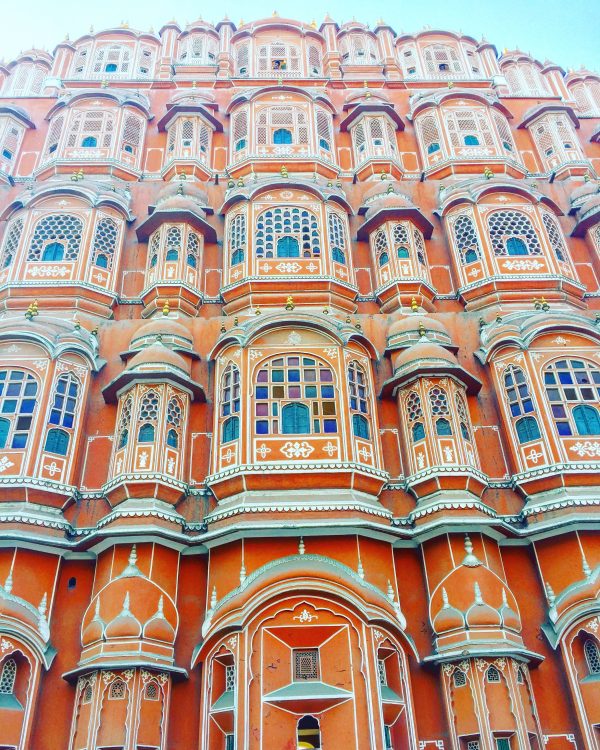 SO, WHY AM I “DECOMPENSATING?”

I’m very much enjoying India, in spite of the money situation, so some might wonder why I currently feel like I’m losing it. Well…it’s because I booked my ticket back to the U.S. Long story short, I applied to graduate school (to become a nurse practitioner) while I was in Tanzania last month. While I would LOVE to stay on the road until the program begins, that just isn’t financially possible. After what happened with the election earlier this month and what is and has been going on in America this year,  the idea of going back there to live fills me with anxiety, sadness, and dread. I want to stay gone as long as I can, if I’m being honest with myself. I want to return to complete my graduate degree, but my hope would be to use that degree in an online setting so that I could be location independent.

I’m keeping myself up at night thinking about all of the different directions that 2017 could take for me. Additionally, at the end of my other trips, I always knew when I would be leaving again. That’s not the case now. I have less than a month before my flight home, and that scares me. Post- trip depression has kicked in prematurely, and I am struggling to be present in the moment. I’m trying to enjoy the time that I have left of my trip, but it has been difficult–my mind is always wandering.

And that brings me to where I am now: a hostel dorm, in a 500-year-old building next to a fort in the desert city of Jaisalmer, not sure of what my next move should be. If anyone knows of any online registered nurse positions that I could do until grad school starts next fall, I’m all ears.

ANY ADVICE ABOUT ANYTHING MENTIONED ABOVE?

*This post, if anything, is more a journal entry than actual information or advice. If you do have any specific questions that a newbie India traveler like myself can answer, feel free to contact me!

« Riding The Yangon Circular Train
On Coming Home After Travel »