Hello from Maine! It’s still crazy that my journey has landed me in one of the most rural and least populated states, but here I am. Specifically in Bangor–home of Paul Bunyan and Stephen King.  Long story short, my grad school had preceptor connections here for my rotations to become a nurse practitioner so I stuck around after I finished my travel nurse contract at a summer camp in southern Maine. Most schools leave it up to the student to find their own preceptors and the process for students is hellacious, at best. I’ve heard some pretty terrible stories from my peers about their struggles with the process. Moving to Bangor alleviated some, but not all, of the stress of securing these contracts. 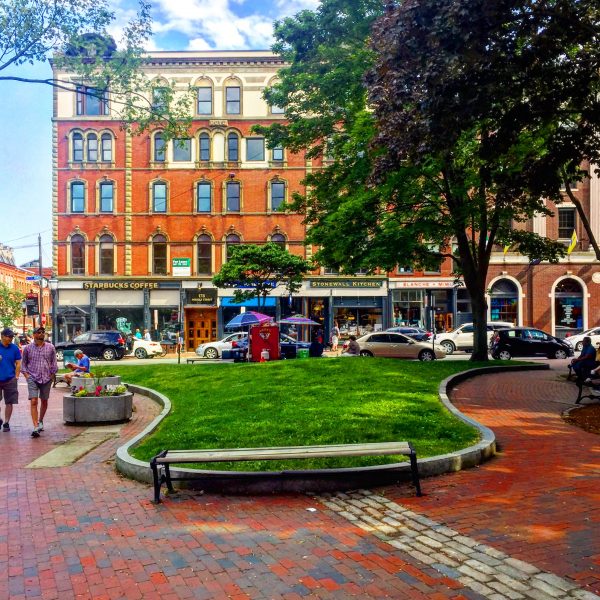 I won’t sugar coat things: life in Bangor is shitty. Bangor is a pretty shitty “city.” The weather and the lack of diversity, ethnic restaurants, and things to do is wearing on me. Most travelers find themselves in Bangor as a jumping off point to explore the beautiful Acadia National Park, which I hope to do in the spring or summer. I often find myself saying that I dislike living in Maine, but it’s actually living in Bangor that I don’t like.

Southern Maine (Portland and surrounding areas) is a gem of an area, especially in the summer. When you think of stereotypical Maine things like lobster rolls, light houses, ice cream stands, beaches, large vacation homes, this is the area where all those things are located. Portland is actually a foodie haven and I’ve had some of the best meals of my life at restaurants there. In an effort to remain somewhat mindful, present, and grateful that I can actually complete my rotations, I wanted to list some of the good points to living in Maine until July 27, 2018 (but who’s counting?) 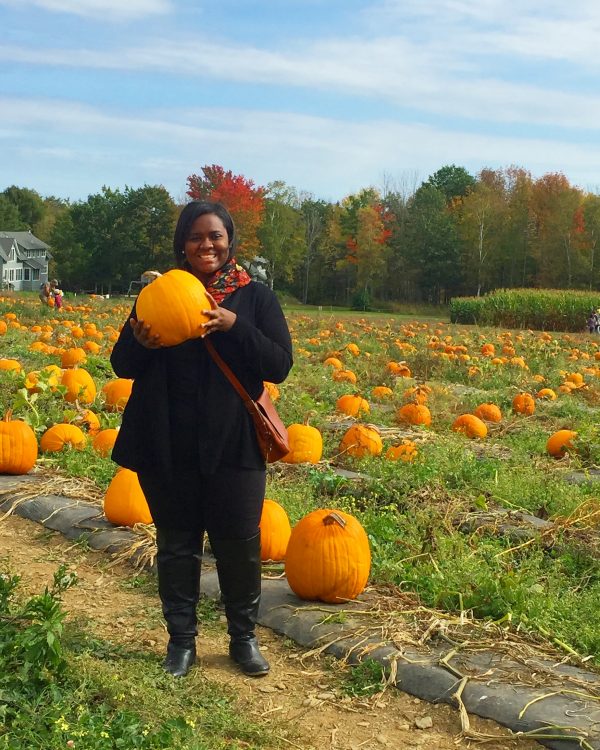 Winter is horrid, but fall in New England is truly amazing, from apple picking, to pumpkin patches, to the foliage. I hoped to make it Acadia during the fall, but my school schedule was pretty tough so I didn’t get the chance. The fall season and the experiences were straight from a Pinterest board.

My preceptors so far have been fantastic. Most importantly, the hospital as a whole is so accepting of students which makes all the difference for me. By the time I graduate, I will have seen a great variety of psychiatric disorders and how to effectively manage those in the nurse practitioner role. Psychiatric nurse practitioners at this hospital start out with 7 weeks of vacation per year. From my understanding, that’s pretty rare in the states? It’s tempting, for sure, but I know that I don’t want to spend the rest of my twenties in such a desolate place. Full disclosure: my word choice of desolate is hyperbolic. 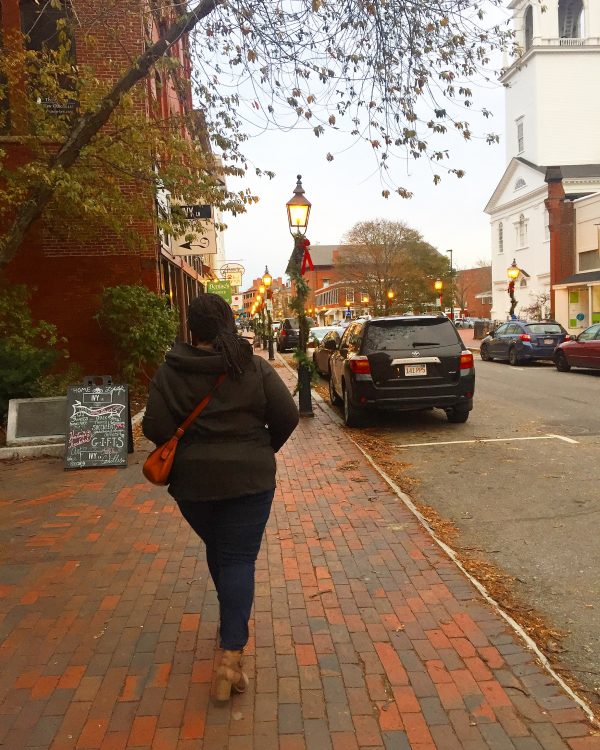 HAVING A FRIEND IN MASSACHUSETTS

One of the other travel nurses at the camp I worked at over the summer decided to stick around in New England for her next contract. She’s living in Newburyport, MA and working in Portsmouth, NH until February. I visited her for a long weekend in November and it was too much fun. Newburyport and Portsmouth both ooze with New England charm. I’ve only made one friend in Bangor(who I don’t see often due to our schedules) and having a close friend 3 hours away has made all the difference in tough moments. Simply knowing that I had the option to drive a short 3 hours for companionship and support has gotten me through some dark days.

This was something that wasn’t necessarily brought on by moving to a rural area, but my move definitely exacerbated it. I’ve moved around a lot over the past few years and that doesn’t lend itself to establishing a friend group. I have a few close friends that I talk to with some frequency, but they are scattered everywhere from New Orleans to NYC to England. I haven’t had a core group of girlfriends in a city where I currently live in a LONG time. And that’s extremely rough for me.

While I was working at the summer camp, my room was next to the friend I mentioned above. We spent a lot of nights together just hanging out and talking. There were three of us nurses at the camp, and it was SO NICE to be involved in social plans. It became a given that we’d spend our free time together traveling to a new place in Maine or laying on the beach near camp.

I’ve never had a boyfriend, so it’s not hard for me to imagine continuing to be single for many more years because it’s all I’ve ever known. I truly mean it when I say I can deal with being single forever (If a LTR happens, great. If it doesn’t, even better), but I know that it would be a true emotional struggle if I weren’t able to ever have a group of friends in whatever city I choose to move to after my postgrad backpacking trip. I am a girls’ girl: give me all the silly group texts, Sunday brunches, wine nights watching The Bachelor, movie nights, girls’ trips, shopping, etc. Female friendships are so important to me and I thrive when I have a community of them around me. I really should delete Instagram from my phone because it hurts every time I see a photo or story of girls’ trips or brunches or just chilling at home in pajamas. 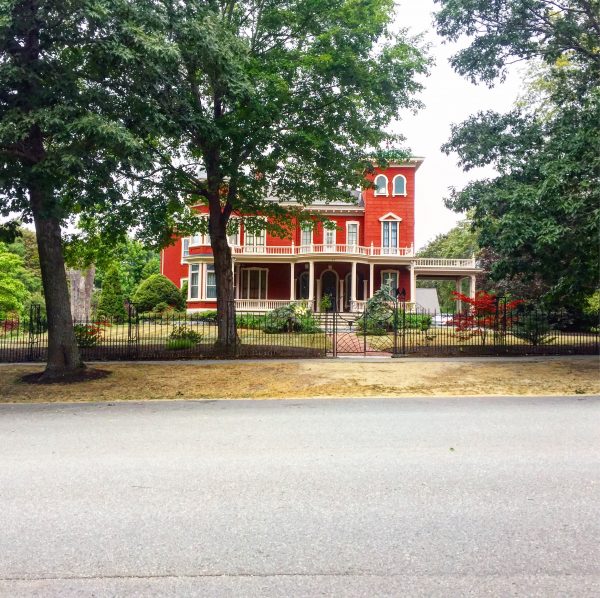 Stephen King’s house in Bangor, ME

The holidays were particularly hard as photos of girls’ nights consisting of baking cookies and watching movies in Christmas pajamas flooded my feed. Cookies and girl talk? Two of my most favorite things on Earth. It physically ached to read this post because I would have wanted nothing more than to spend NYE like this with friends instead of alone. Two girls I know from undergrad are both travel nurses, and they do all of their contracts together and also travel internationally together. At this point in time, I want nothing more than exactly that: a best friend to travel and adventure around the world with.

The anxiety of not having a group of friends right now and the thought of the possibility of never having it keeps me awake at night. I think about it often and the stress of it caused me to snap at multiple people while I was home in New Orleans during my winter break. I resent my move to Maine because if I would have been able to do my rotations in Seattle, as originally planned, I could have spent the year fostering friendships in a city that I could see myself living in for a long time. So yeah. All of that to say, I’m struggling.

I guess I should clarify and say that I still don’t want to “settle down.” There is still so much of the world I want to see, and I intend to devote every ounce of my future vacation time to being on the road. I just want to know that I have a group of friends to come back to. 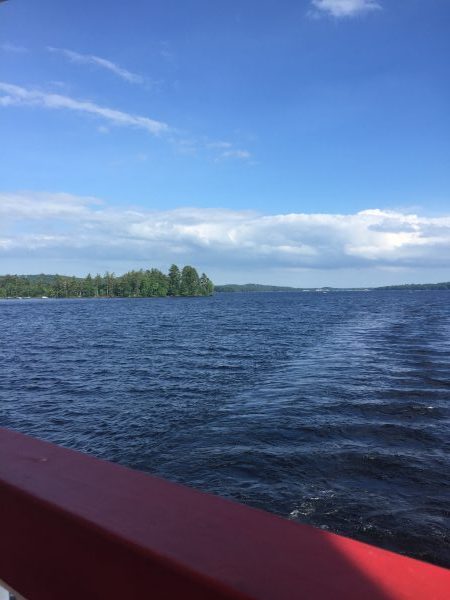 In between studying and furiously researching what city is the easiest to make friends in, I’ve started thinking about where I want to travel once I pass my boards at the end of the August. I’m thinking South America but Asia, my favorite continent, always calls to me so I’m considering Central Asia as well. I’m leaving the last week of August and I’m not sure how long I want to be gone. I would love to spend NYE abroad, but my funds might not allow for that since I’m spending the majority of this year as an unemployed grad student. If anyone wants to be my travel buddy, please get in touch!