One of my favorite things about traveling in Europe is the free walking tours. I try to do them in every city, and when available, I do the Jewish specific tours. I’ve always been interested in WWII history, and taking these tours is a history lesson brought to life. This couldn’t have been more true in Kraków’s Kazimierz Jewish Quarter, only an hour’s drive from Auschwitz concentration camp. 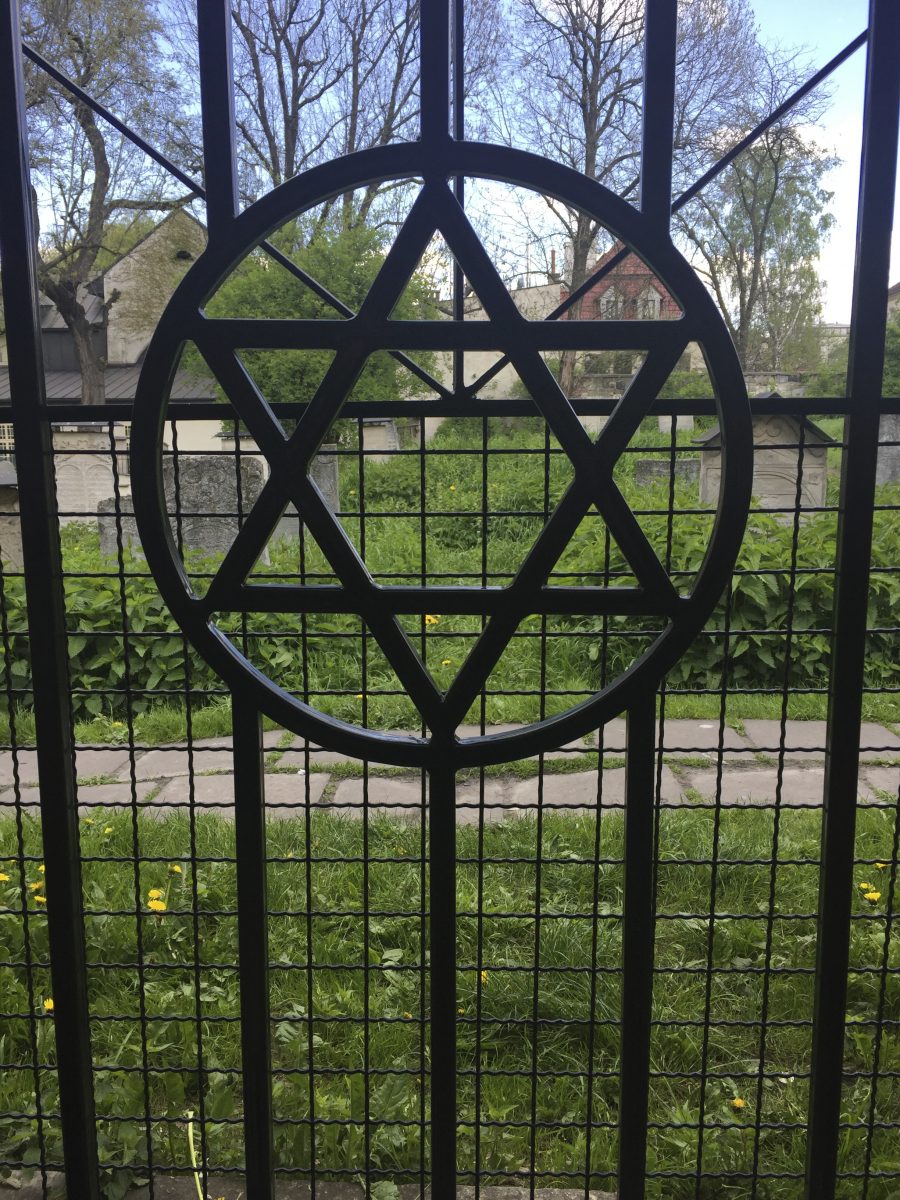 I did my tour of the Kazimierz Jewish Quarter and Ghetto through Cracow Free Tours. The meeting point of the tour is St. Mary’s Church in the Main Market Square and it leaves at 2:00 pm everyday and the guides will be holding red signs marked with dragons. Like my guide in Prague, my guide for this tour was a licensed guide, having had taken a year long course.

The tour takes you to various synagogues and the Jewish cemetery before reaching Nowy Square, which is the main area of bars and restaurants in the Jewish Quarter. After the tour is over, my suggestion is to come back to the square, look for the food stall with the longest line, and order zapiekanka. A popular street food in Poland, zapiekanka is a toasted baguette topped with cheese, mushrooms, and other various toppings of your choosing, and then topped with ketchup (although I got mine with garlic sauce, highly recommended!). 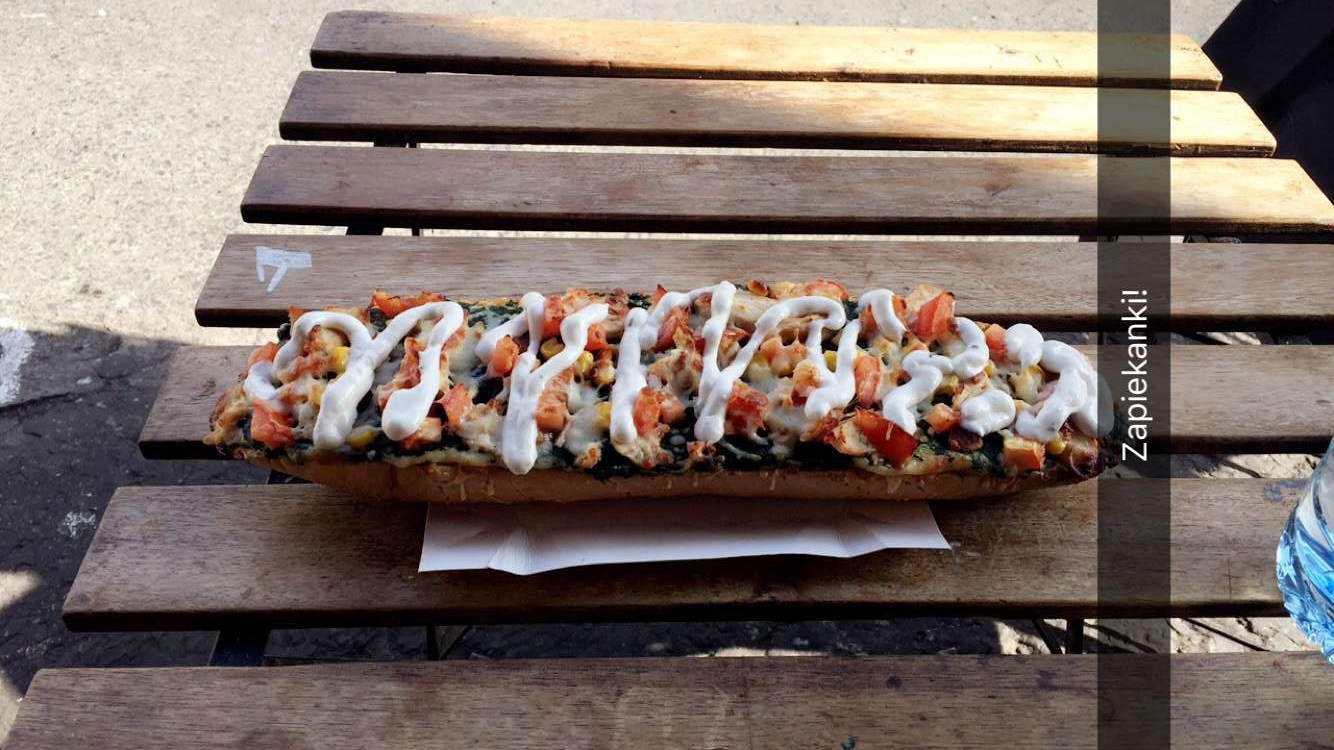 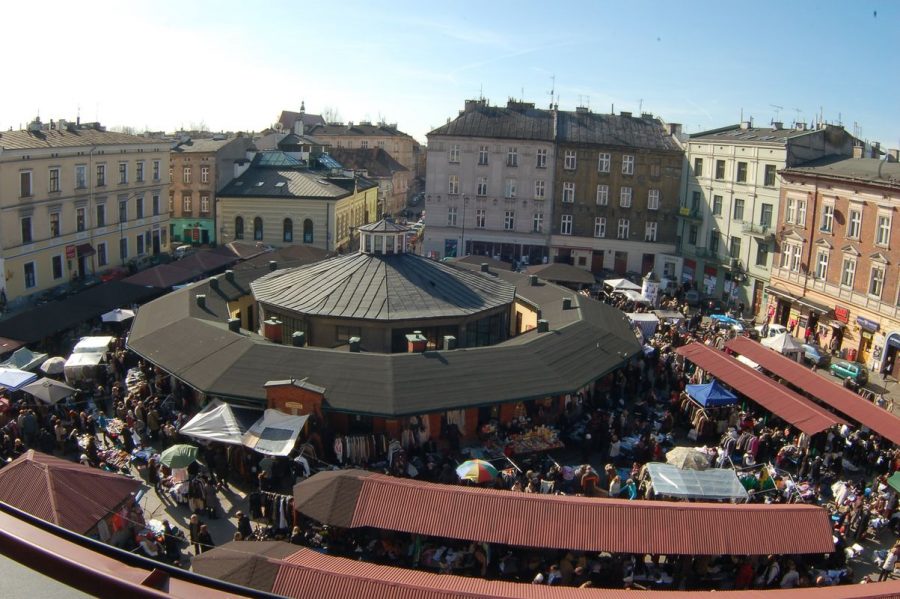 After Nowy Square, our group continued on to the Schindler’s List filming sites. This was a surreal experience for me as I watch this film at least twice a year. As you probably already know, Schindler’s List is a black and white film. We learned that Spielberg chose to film in black and white because the quarter was already so colorless and lifeless after the war took its toll.

As I walked over the bridge into the ghetto, I developed a sinking feeling in my stomach thinking about the thousands of Jews who made this same walk not knowing what their fate would be. The tour ended at Ghetto Heroes Square, which is a monument of 70 large metal chairs placed at what once was the departure point from Kraków to the concentration camps.

After the last liquidation of the ghetto, this square was filled with clothes, dishes, furniture, chairs, luggage, and other items that the Jews were forced to leave behind. Each chair represents 1000 Kraków Jews murdered. This is a heartbreaking, moving, and confronting exhibit and any attempt to describe what I felt while standing there would be futile. 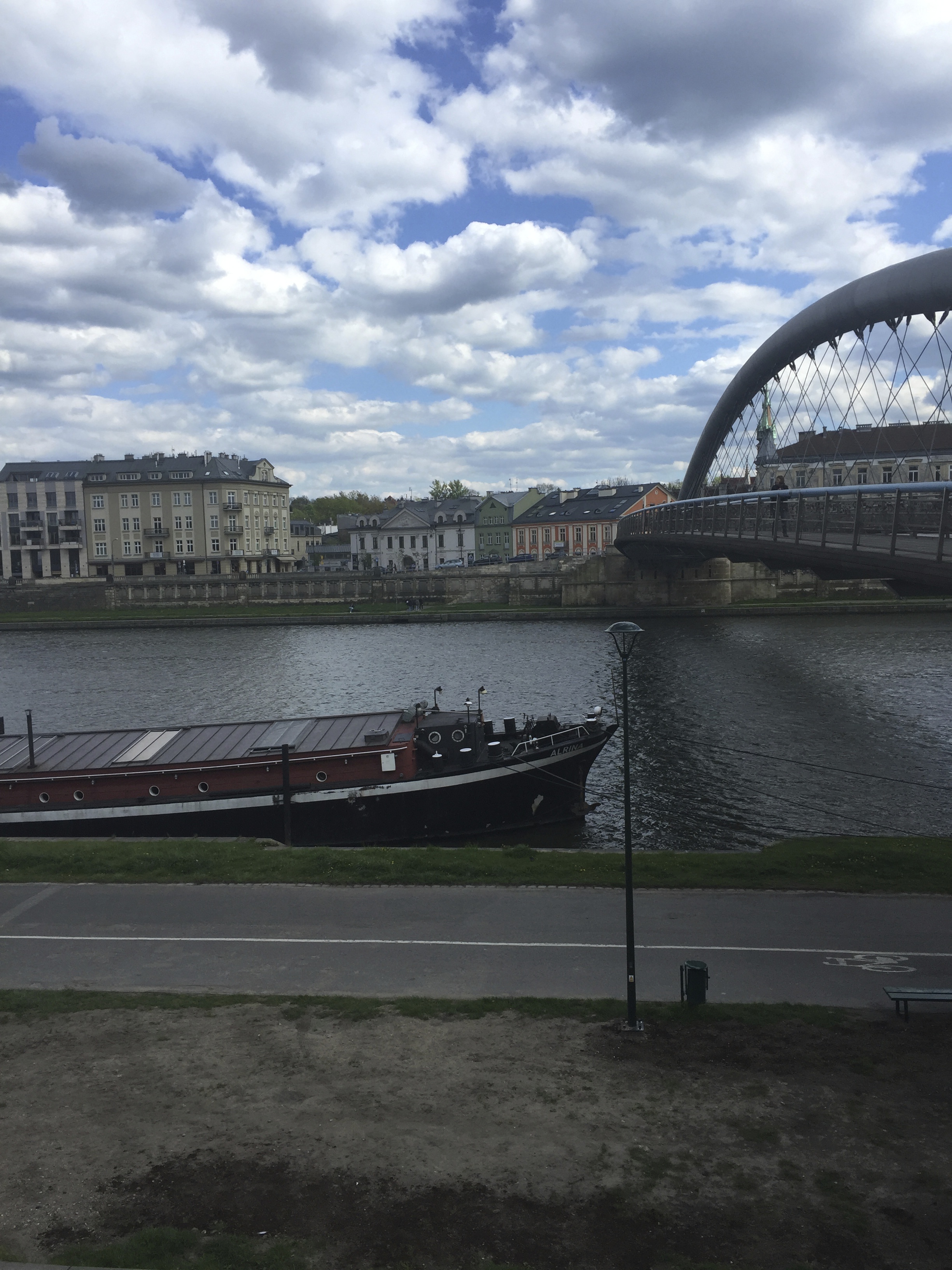 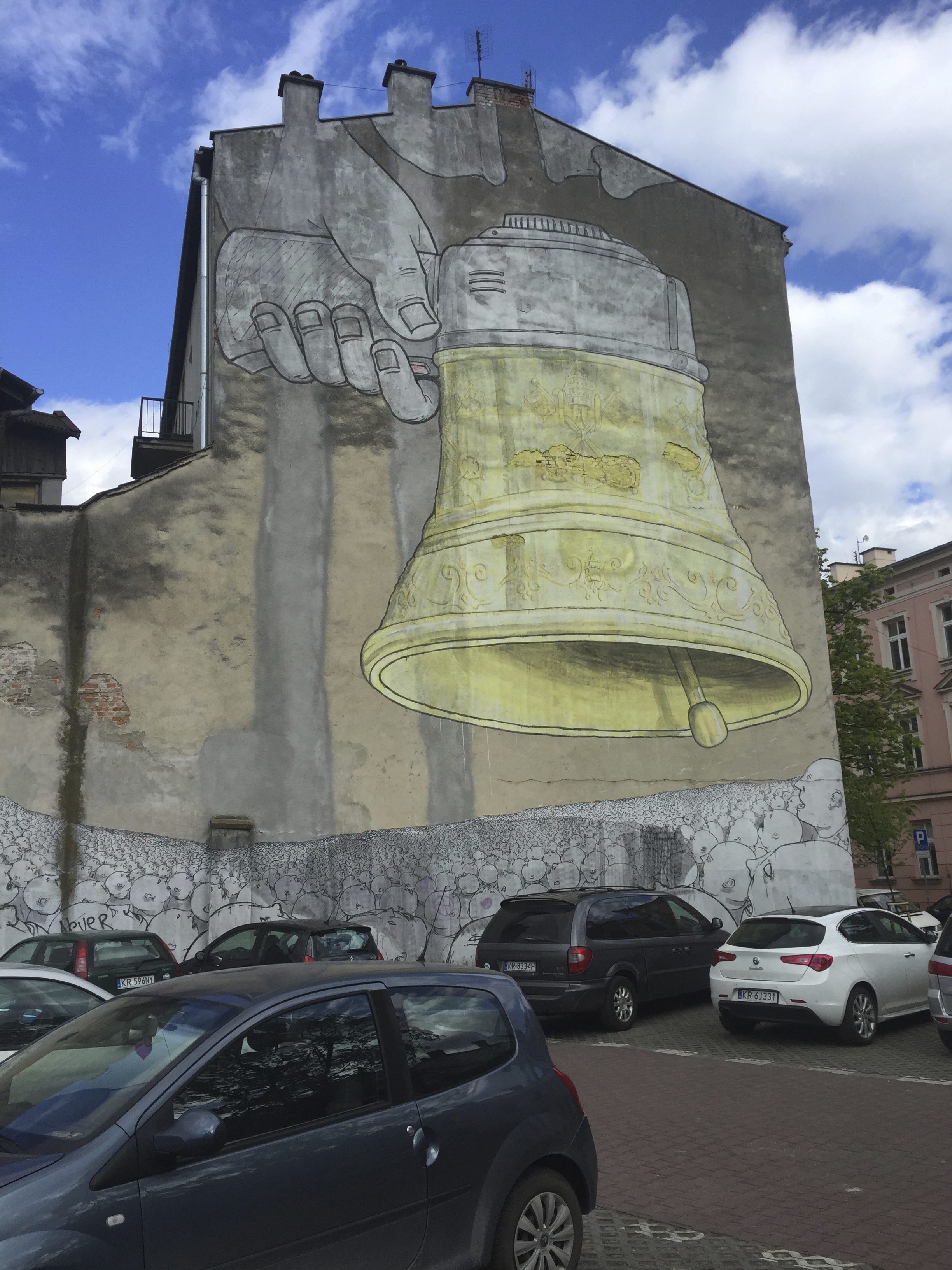 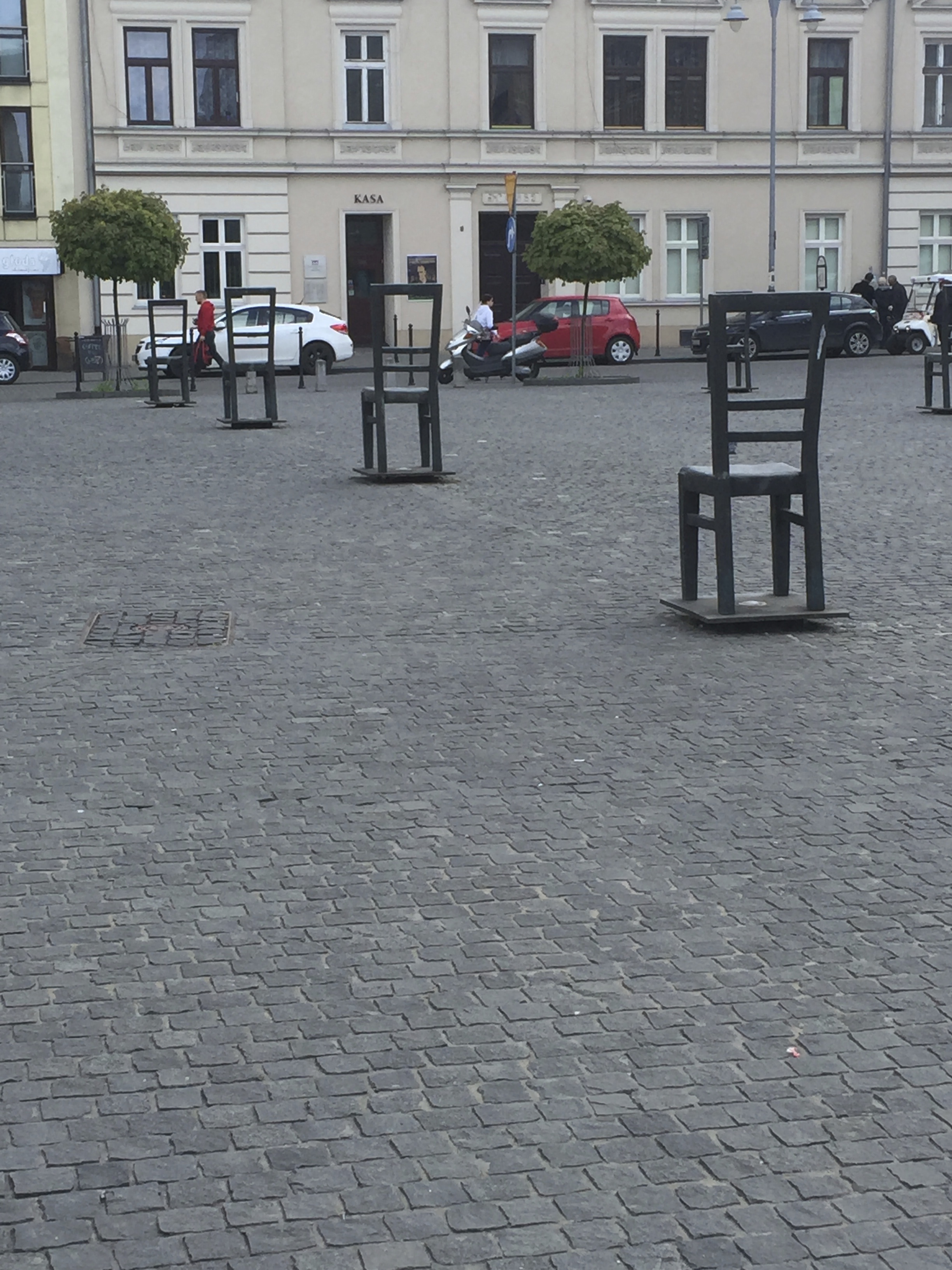 Where to stay in Kraków: Mosquito Hostel ($16 USD/night)

I’ve stayed in several hostels over the years, and Mosquito is easily in the top three. A small social hostel, they have thought of everything that a backpacker could possibly need. The staff are beyond helpful, nice, energetic, and beautiful. A generous and delicious free breakfast and dinner is included!

In what city was your favorite walking tour?

« Getting my groove back in Prague
Struggles Crossing the Ukraine Border »