Because of the high cost of accommodation in Singapore, Paige and I decided to use couchsurfing for the three days that we were there. We were still in Kuala Lumpur and hadn’t had anyone accept our request yet, so we put out a public trip and we had someone say that he could host us. He even agreed to pick us up from the train station-wonderful! Second class seats from KL to Singapore are $10 USD and the train takes about 7 hours. 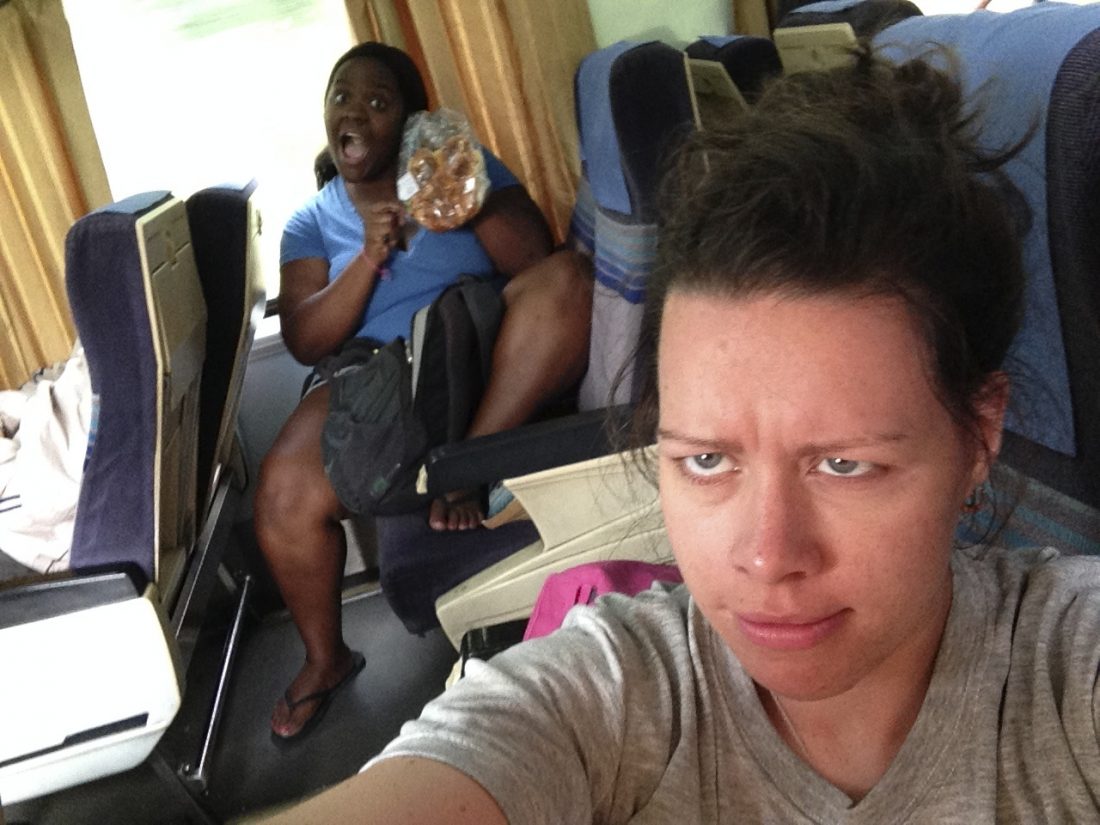 Clearly we got a little bored about 4 hours in. Once we got to Singapore, our host was waiting for us with a sign and everything! We even had our own room, a luxury after multiple hostel dorms. It was off to such a good start. And then we woke up the next morning and the first thing he said to us was “I have one rule and one rule only, and that is that you don’t lock your bedroom door.” Um, WHAT? That coupled with some inappropriate comments and actions had us a little taken aback, but not enough to truly fear for our safety. Paige and I both work in mental health and felt that we could easily take him down if needed.

It wasn’t until we left Singapore that things started to get scary. He started messaging me telling me that he knew where we were and that he was going to fly to come see us. He was incessantly asking us to write him a reference on the Couchsurfing website, even after we told him that we would when we found the time. He was also asking if Couchsurfing had sent us to spy on him. Perhaps most chilling of all was when he started to make references to conversations that Paige and I had had in private (or so we thought)-it became clear that he was listening through the door or had placed a recorder somewhere in the room. Then, his messages started to become abusive and filled with personal attacks. That is when we decided to report him to Couchsurfing, and he was removed from the community, thankfully.

I don’t want this isolated experience to deter you from using Couchsurfing. I had a great experience with it in London, China, and the second time I was in Bangkok. Most surfers’ experiences are safe and pleasant. Just be careful and exercise your best judgement, especially if you are traveling alone. You should leave immediately and find other accommodation if you ever feel even the slightest bit unsafe. The Couchsurfing staff takes the safety of its community very seriously and you should always reach out to them if an event like this occurs.

Despite our host, Singapore was a great little city state! It’s doable to see almost everything within 1-2 days and public transportation is a breeze. We enjoyed the hawker food centers, so much so that I don’t have a single picture of anything we ate there because we were so focused on grub. The Avatar-esque Gardens by the Bay are also worth a visit, especially at night when the light show is held.

Tip: Learn from my mistake and hold on to your metro card. You can return it and get your deposit back! Singapore is quite expensive, and it might not be possible to stick to your backpacker budget. Instead of attempting to pinch pennies here, make up for it by cutting costs in the next destination. 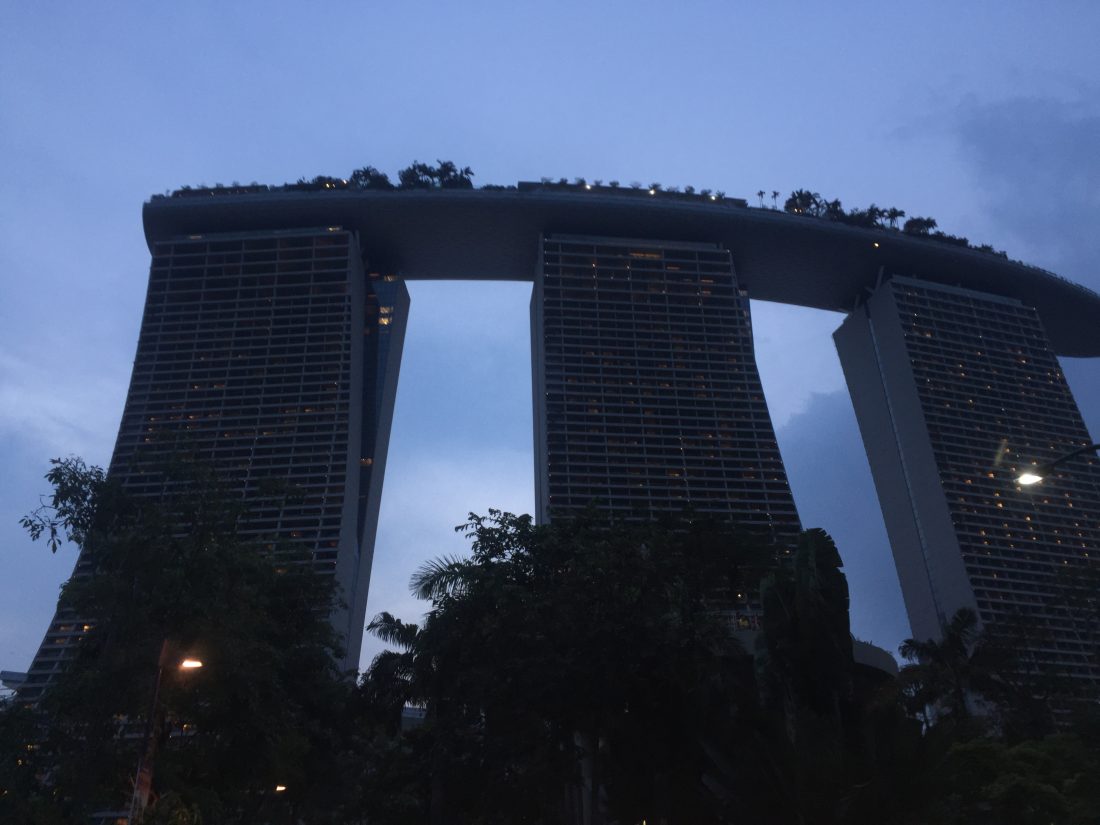 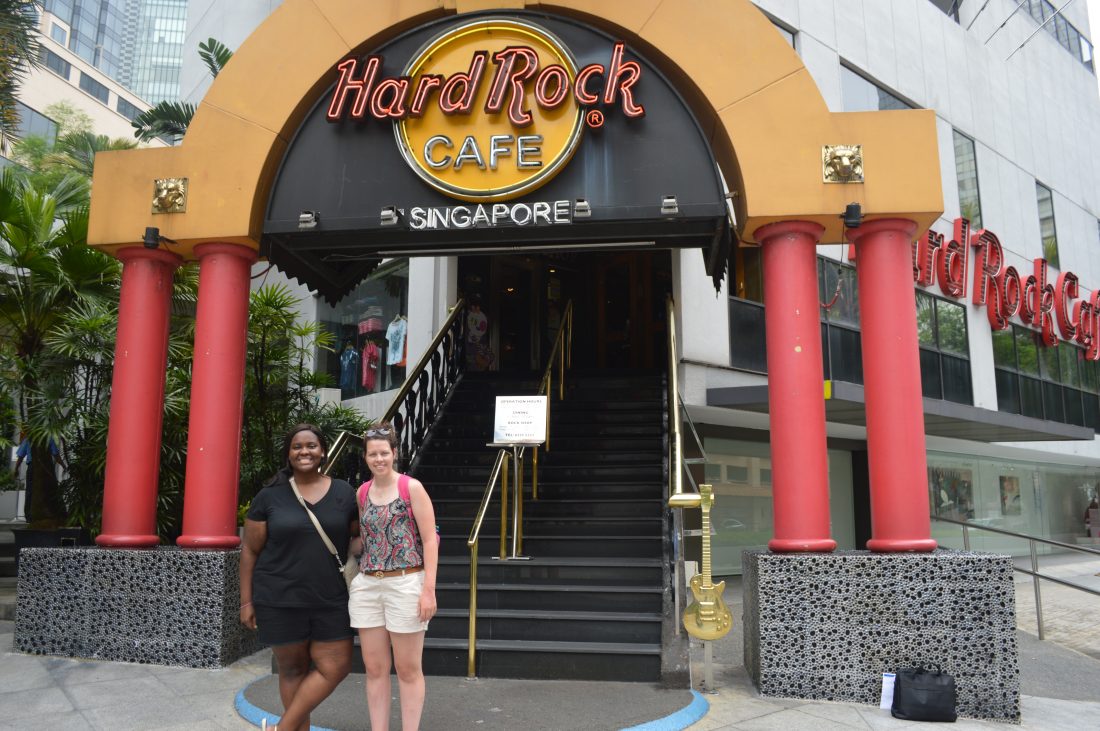 Fun fact: My visit to the Hard Rock in Singapore was my first time ever eating at a Hard Rock since I’ve never been to one in the U.S. 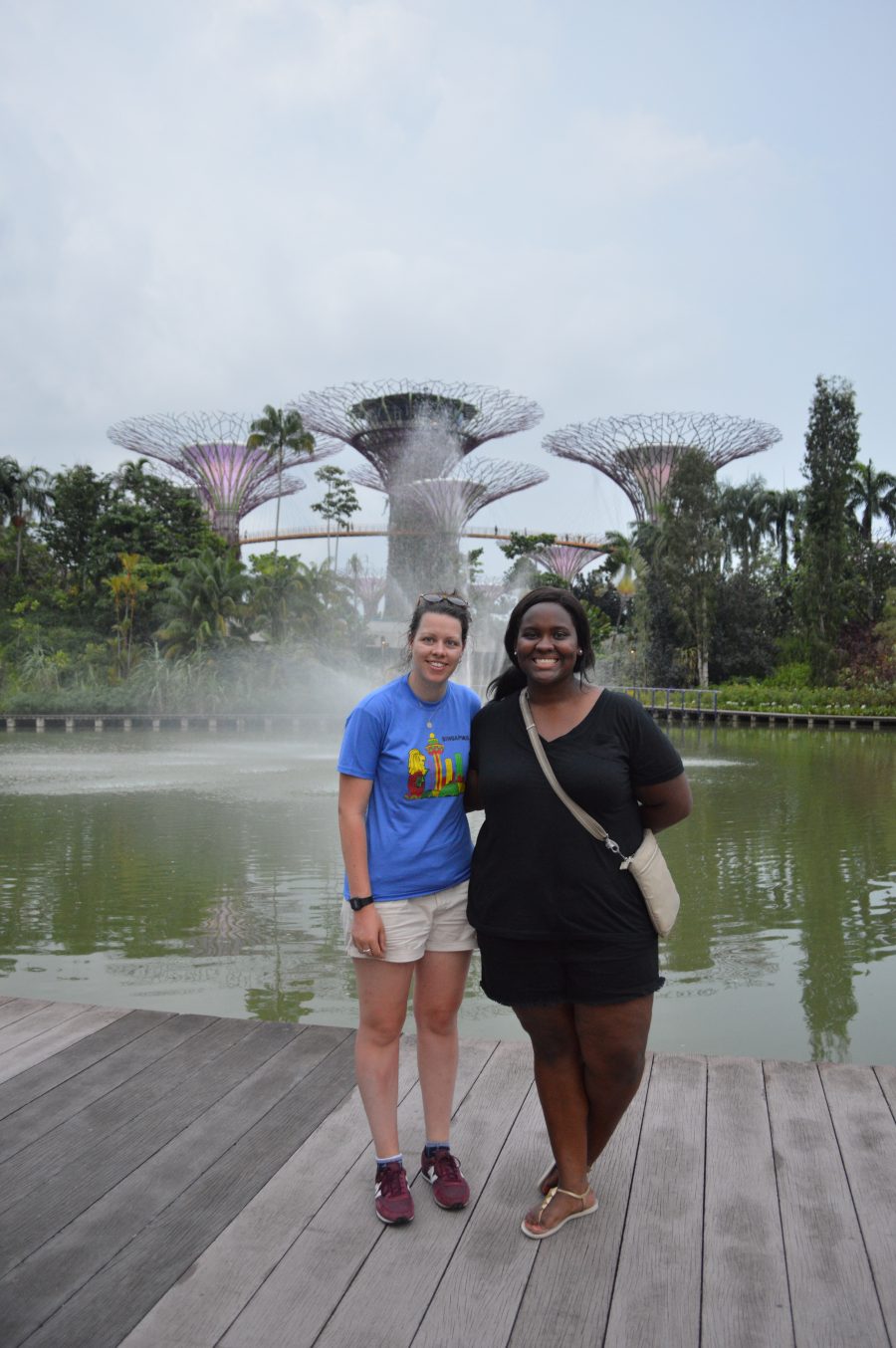 Ever had a creepy couchsurfing experience?