We couchsurfed in Xian with THE cutest and sweetest couple I have ever met. Seriously. They were the best and were the highlight of our time backpacking through China. One afternoon while waiting to go to the train station to catch our train to Shanghai, we watched Ride Along with the husband and it was one of my favorite memories of the trip. Our time in China thus far had been pretty go go go, so it was nice to just chill and watch a movie with our new friend. Xian is also where the Terracotta Army is located. Discovered in 1974, the life sized warriors were built to protect Emperor Qin Shi Huang in the afterlife. 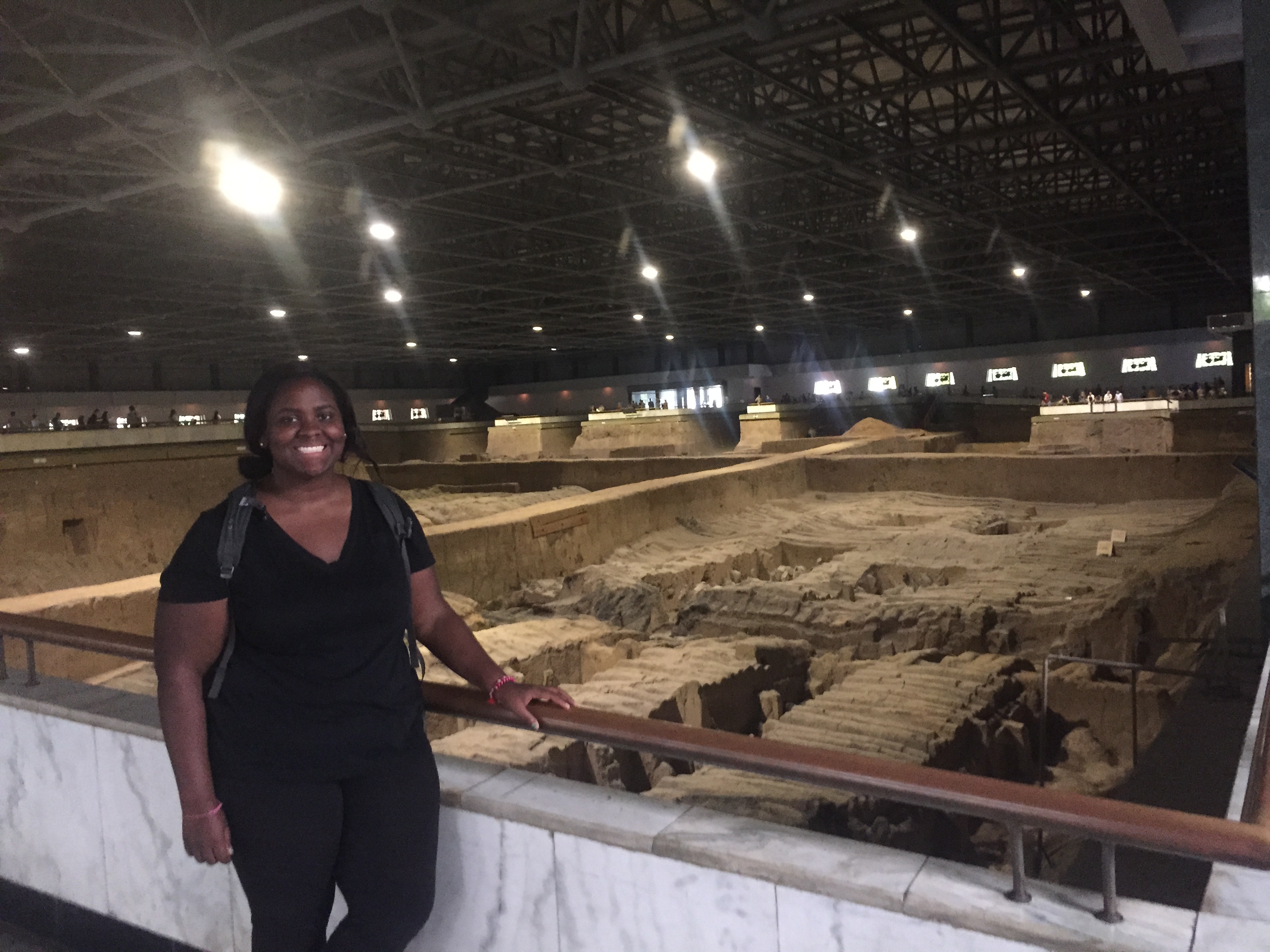 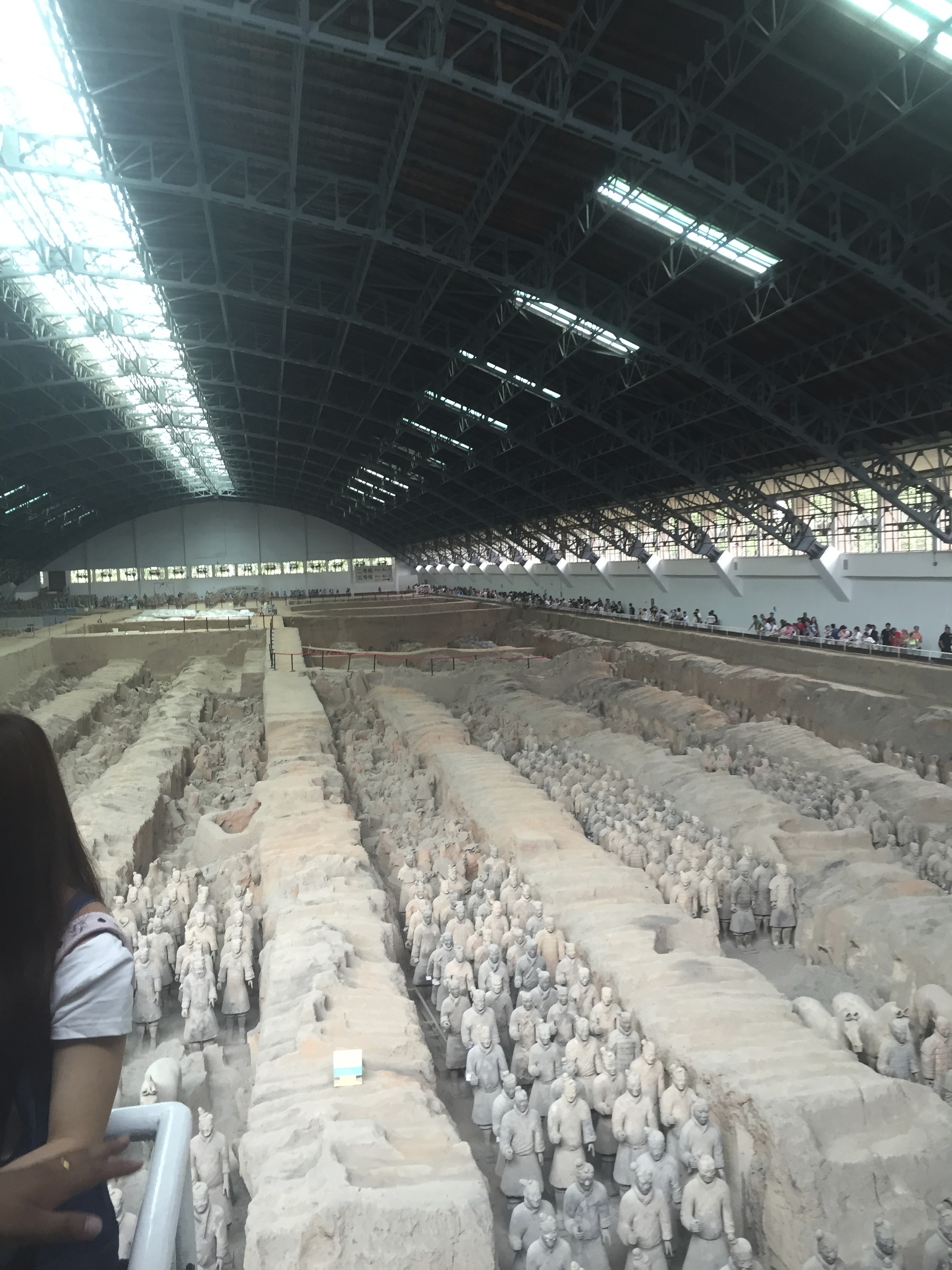 The entrance fee to the museum where they are held is 150 RMB ($23 USD). You can reach them by taking one of the busses next to the main train station. I forget what the number of the bus is, but there will be clear signage indicating which bus is the correct one.

After a 20 hour train ride from Xian, we arrived in Shanghai. I would recommend booking the hard sleeper tickets for train travel in China. They are decently comfortable, and because the rides are so long, being at least somewhat comfortable is important. I never bought anything from the food and beverage carts, but they come around pretty frequently.

While still at the train station in Xian, there were a group of people around our age staring at us. I mean, everyone was staring at us, but this group’s eyes were lingering longer than everyone else’s. Paige finally asked them if they wanted to talk to us, and the one girl who could speak English said “We want to, but we are scared”. While it was easy to feel offended and annoyed when the people around me would point and stare, this exchange helped me to understand that they were only doing that because they were fearful to talk to us.

By the time we arrived in Xian, we were feeling pretty dejected. Backpacking through China was continuously proving to be a little rougher than we originally thought. We went to Starbucks, ate our feelings, and then made our way to our couchsurfing host’s home in the French Concession neighborhood, where we slept on yoga mats with seven other couchsurfers. We really didn’t do the exploring that Shanghai deserves, but I can say that I liked how global and cosmopolitan the city was. We were only in Shanghai for one night and then it was time to fly to Hong Kong! Or, so we thought.

We ended up setting up camp in the booths of a restaurant. At 530 AM after a couple hours of restless sleep, I was woken up by a janitor literally slapping my legs and screaming at me in Mandarin to move. When I didn’t comply as quickly as she wanted me to, she picked up my pack and threw it across the floor. She probably thought about throwing Paige’s too, but reconsidered when realizing how heavy it was. In any other time and place, her actions would’ve been unacceptable. But honestly, I had to laugh at the fact that China was continuously punching us in the face.

I still don’t really understand why the plane was delayed or why they would not let us leave. It wasn’t due to mechanical or weather issues. The employees never gave us a straight answer as to what was up, but we heard mumblings about the Chinese military/government shutting down the fly space between mainland China and Hong Kong from time to time. 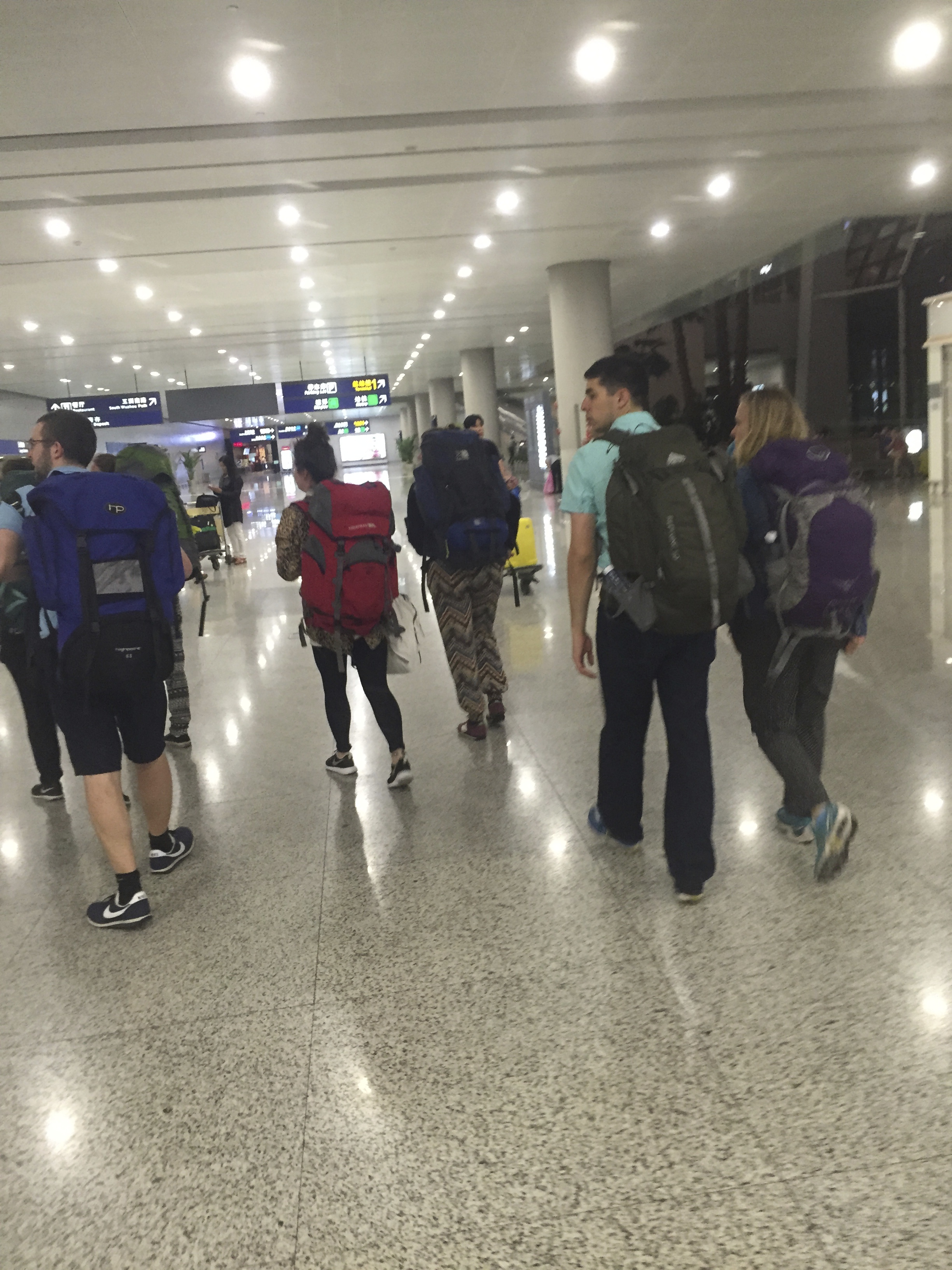 While backpacking through China was challenging, especially without knowing Mandarin, it was so rewarding for the very same reason. I felt like a “real” traveler having to put in lots of effort to get the simplest things done. On the Southeast Asia backpacker trail, booking accommodation and transport could not be easier than what it already is. Ordering food is a breeze because most people in the industry can speak English and the menus and even the street food carts have English translations. There are tons of other backpackers, so you can bounce ideas off of them or ask them for help if needed.

We did not come across any other backpackers in China until we were at the Shanghai airport. It was so different than my home country and the countries that preceded it on this trip, and I relished this feeling. Experiencing a culture completely different than your own, after all, is one of the major points of traveling.

Will I be going back to China? Yes, and hopefully soon! I want to travel the areas in the Western part of the country. I also want to backpack through the Stans–thank you Silvia and Danielle for the inspiration–and getting to them from China will be easier and cheaper. And, I have a ten year multiple entry visa so I might as well take advantage of it, right?!

Have you been to western China or the Stans? If you haven’t been yet and want to, please get in touch with me! I’m looking for a travel buddy 🙂

« Challenging Travel in China-Part One
Chillin in Hong Kong »